Seo to hold a concert for 9th album

Seo to hold a concert for 9th album 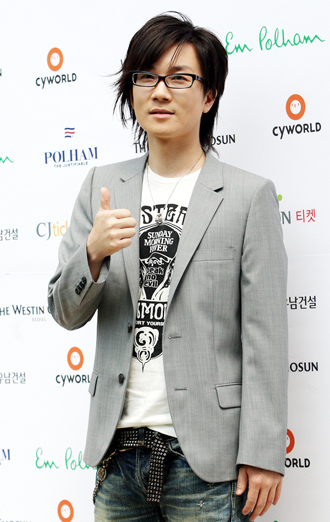 The concert, “Christmalowin,” will be held on Oct. 18 at Jamsil Sports Complex in Songpa District, southern Seoul, around the time that the 42-year-old rocker’s next album is planned for release. In celebration of Seo’s 22nd anniversary of his debut, some of his hit songs from the ’90s will be performed as well.

Seo has been absent from the stage since 2009 after releasing his eighth album, “Seotaiji 8th Atomos.”

“Christmalowin” is a compound word made up of “Christmas” and “Halloween,” and implies that the show will be a “new musical festival,” the rocker’s company explained.

In order to guarantee a successful comeback, the stadium will be equipped with a top-quality sound system, one that U.S. heavy metal band Metallica previously used during its world tour, Seo’s agency added.