Son, Ami rumored to be dating

Son, Ami rumored to be dating 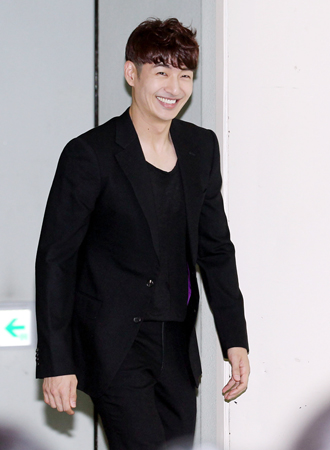 Singer Son Ho-young, 34, of boy band g.o.d. was caught on camera on a date with female singer Ami, 25, according to an exclusive report made yesterday by Dispatch, a local entertainment news outlet that has built its reputation for busting celebrities’ love lives.

A series of photos that the agency sites were taken on Aug. 12 show the couple riding a bike outdoors. Son had his mouth and nose covered by a purple mask, with a black cap worn backwards.

The two singers with an age gap of nine years have been dating for four months, Dispatch wrote.

But Son has strongly denied the report through his agency, MMO Entertainment, saying that the bond between himself and Ami is nothing more than a senior-junior relationship in the music industry.

Another local news outlet quickly followed up with Dispatch yesterday, revealing “exclusive photos” of Son and Ami lying side by side, wearing cosmetic face packs. It, too, reported that the couple has been dating for four months.

Son returned to the music scene in July with g.o.d.’s eighth album and will soon release another solo album, his agency announced.