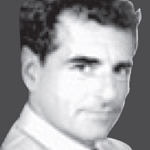 Kicillof has gained international recognition as the public face of Argentina’s fight against the so-called vulture funds that want to extort full payment on Argentine bonds that they purchased for a few pennies on the dollar. But, before joining President Cristina Fernandez de Kirchner’s cabinet, Kicillof was known in Argentine intellectual circles as the author of the book “Volver a Keynes” (Return to Keynes).

Last week, addressing a gilded ballroom packed with the elite of Argentina’s business community, Kicillof explained the government’s policies as a real-world application of Keynesian theories. In an hourlong speech, he made two key points.

First, Kicillof attributed Argentina’s rapid economic growth in the years between its 2001 debt default and the 2008 global financial crisis to a Keynesian reflation of domestic aggregate demand. Keynes made a tremendous intellectual contribution in showing that supply in a market economy does not necessarily create its own demand, and that demand shortfalls can cause avoidable recessions. Is this logic at work in Argentina?

When the Argentine economy imploded in 2001, citizens lost their jobs and firms lost their access to credit, causing domestic demand to collapse. Output fell sharply.

But as the country abandoned the one-to-one currency peg to the U.S. dollar, the real exchange rate depreciated sharply. This shifted demand away from imports toward domestically produced goods. Next, a sharp rise in the price of food exports, heavily taxed in Argentina, augmented government revenues, providing the cash to finance increased expenditure. Given Argentina’s isolation from world financial markets, its central bank could cut domestic interest rates with limited fear of capital flight. The fiscal and monetary impulse supported a rapid recovery.

At first glance, Kicillof seems to be correct; this looks like textbook Keynesian reflation. But Keynes would not have approved of the macroeconomic policies pursued by Fernandez and her predecessor and husband, the late Nestor Kirchner.

A Keynesian approach would ensure that demand does not fall short of supply. The Kirchners have made sure that demand far exceeds supply. The fact that Argentina’s annual inflation rate has stood at 20 percent or more for over a decade clearly illustrates this - and cannot be obscured by frozen utility rates and repeated manipulation of the consumer price index.

Kicillof’s second point was that Argentina’s businesses and consumers should not succumb to pessimism. Alluding to Keynes’s theories about self-fulfilling expectations, he warned that, if people expect things to go wrong, they will.

Keynes did say - and it was a very important insight - that a capitalist economy resembles a beauty contest, with judges voting not for the most beautiful contestant, but for the contestant whom they believe their colleagues will find most beautiful. Shifts in expectations can thus alter the outcome.

In 1991, the Nobel laureate economist Paul Krugman, who is perhaps the world’s leading Keynesian today, showed that whether or not expectations are self-fulfilling depends on underlying economic conditions. If an economy’s fundamentals are very weak, a crisis will inevitably occur sooner or later; if its fundamentals are very strong, a crisis never happens; and if they are in an intermediate range, a crisis happens if - and only if - people expect one.

A couple of years ago, the euro zone was in the latter situation. That is why European Central Bank President Mario Draghi’s pledge to do “whatever it takes” to save the euro immediately brought the euro zone’s debt crisis to a halt. (The growth crisis, of course, has yet to be resolved.)

But Argentina is not the euro zone. There is nothing that Kicillof could say today that would have the soothing effect that Draghi’s promise did.

Argentines today feel much like Dorothy did when she first landed in Oz - they are not in the safe and familiar “Kansas” anymore. But Keynes is not to blame. Kicillof and Kirchner are.

* The author, a former finance minister of Chile, is a visiting professor at Columbia University.