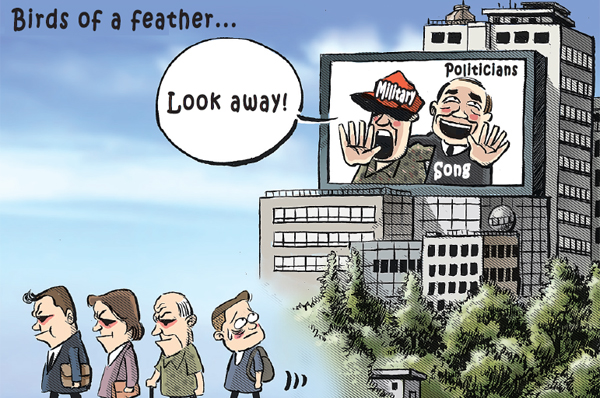 As controversies over shameful malpractices in the military continue, the National Assembly shows its true colors as well. In a 223-73 vote yesterday, lawmakers rejected a motion to strip Saenuri Rep. Song Kwang-ho of immunity from arrest. Song is accused of pocketing 55 million won ($53,955) in bribes in 2012.