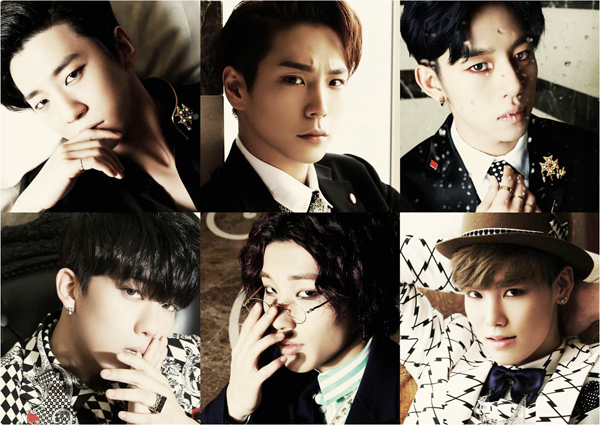 The lead song “Excuse Me” was locally released last year for the band’s third mini-album “Bad Man” and was produced by hip-hop duo Untouchable’s Sleepy.

Japanese versions of the songs “Coffee Shop” and “Zero,” which were previously launched in Korea, are included in the album.

Groundwork has been made to guarantee the new album’s successful launch, B.A.P.’s agency TS Entertainment said. A gigantic billboard in Shibuya has advertised the boys’ return and various events are scheduled so that the band can meet with their fans.

B.A.P., composed of six members, debuted in Japan last October with their first mini-album “Warrior” and released albums “One Shot” and “No Mercy” in the following order.

The title song of their third album, “No Mercy,” ranked No. 2 on the Japanese Oricon’s daily music chart.