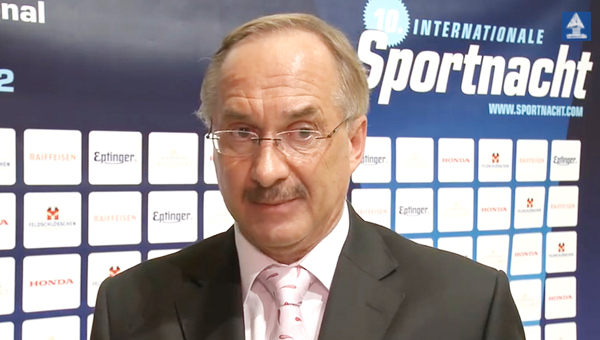 The Korea Football Association (KFA) announced yesterday that it had appointed a new coach to head its national football team, a position that has remained vacant for nearly two months since Hong Myung-bo stepped down following the team’s disappointing performance in the 2014 FIFA World Cup in Brazil.

“We appointed Uli Stielike, 59, from Germany as the new coach of the national football team,” the KFA said. “The contract period lasts through the 2018 FIFA World Cup in Russia.”

The decision yesterday came as a surprise, as the association had not disclosed how it would choose a new coach since it failed last month to sign a contract with Bert van Marwijk from the Netherlands.

Stielike had a successful run with Real Madrid FC, one of the most prestigious clubs in Europe. In his eight-year career as a midfielder and defender with the team from 1977 to 1985, he was selected as the best foreign player in La Liga four times.

He also played as a central midfielder and sweeper for West Germany’s national team from 1975 to 1984, and was deemed the successor to Franz Beckenbauer, one of the most celebrated players in history.

After retiring from his athletic career in 1988, he was appointed to manage the Swiss national team.

In recent years, he spent most of his career coaching two Qatari teams, Al Sailiya SC and Al Arabi SC from 2009.

Stielike was coaching Al Sailiya when Kim Kee-hee, a midfielder from the Jeonbuk Hyundai Motors, joined the team on a loan deal, though Stielike stepped down after only two months following a dismal team performance.

“Stielike tried to play games that could be won and sought stable plays,” Kim told Ilgan Sports. “He is good at using set pieces and could manage tactics according to opponents’ strategy.

“He is a quiet man, but he actively participated in training and corrected the players. Rather than just building up team spirit, he seemed most talented in creating synergy among the team’s players,” he added.

This is the first time in seven years South Korea has had a foreign coach since Dutchman Pim Verbeek resigned in July 2007. In that time, the national team’s Korean coaches were often criticized, accused of selecting players based on personal connections rather than performance.

The most successful foreign manager of the national football team was Dutchman Guus Hiddink, 68, who led the team to the semifinals in the 2002 FIFA World Cup in South Korea and Japan.

South Korea played a friendly match yesterday against Venezuela and is scheduled to face off against Uruguay on Tuesday.

Stielike is slated to fly to Korea on Monday to watch the friendly between Korea and Uruguay.