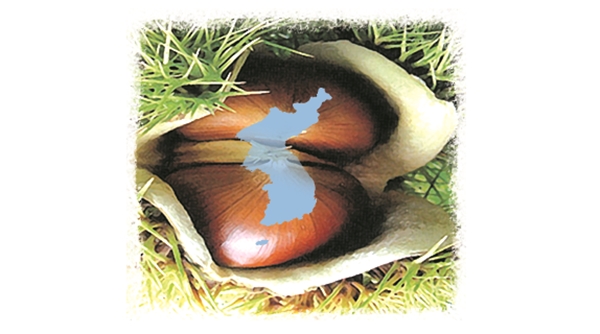 Adam Smith, the father of economics, said the most dangerous person in the world is the policy maker who perceives society as a chessboard, sees a move and implements it right away. Smith’s insightful vision was still valid in the transition of the former Soviet Union and Eastern European bloc in the 1990s. International financial organizations and a group of Western economists and politicians addressed the inefficiency of the socialist economy and, based on the so-called “Washington Consensus,” they believed a prompt transition to capitalism would result in immediate economic improvement. However, all the countries had to experience the painful process of their economies shrinking by 15 to 70 percent.

Immediately after reunification in 1990, Germany had to pay an enormous economic price. After unification, industrial production in East Germany dropped by two-thirds in two years, and West Germany spent more than 200 trillion won on the East. Interest rates in Germany went from 3 percent in 1989 to 8 percent in 1992. The level of the German currency was the highest in the European Currency Unit under the European Exchange Rate Mechanism, and as the value of the German mark went up due to high interest rates, the British pound sterling and Italian lira withdrew from the mechanism in 1992. The West German economy had been well prepared, but it still took a direct hit in the aftermath of radical reunification. It is hard to believe the Korean economy could endure such shocks, considering its debt level and exchange rate defense capacity.

We need to pursue a different path to reunification, which is only possible through a gradual process. A reunification over time would allow the North Korean people and system to get accustomed to unification. And during that period, the South Korean system and public awareness would become more friendly toward unification. If unification is accomplished gradually, the economic cost of the process and social discord will both decrease exponentially.

To attain such a benign reunification, private companies should be established in North Korea to lead economic growth. Then, North Korean residents would take pride in the economic development they accomplish on their own and would welcome reunification with the South. Korea has achieved today’s economic status only because of its human capital when the country lacked financial capital and technology. However, if the North Korean government gives its approval for private businesses and establishes an environment in which the two Koreas can work together, capital and technology would no longer be obstacles to North Korea’s economic development. Sufficient external assistance from South Korea and other countries and organizations would be provided.

In the course of gradual reunification, the biggest obstacle is human capital. If North Korean human capital is allowed to remain as weak as it is now and the countries reunite, the productivity gap between the two countries would lead to many problems. Health, education, skill levels, cognition, motivation and understanding of a market economy would adversely impact productivity. In a recent survey of 150 Seoul residents and North Korean defectors, the cognitive ability of the defectors was less than half that of the Seoul residents on average. In a maze-solving game, Seoul residents solved an average of four out of eight problems, including two of medium-level difficulty, in five minutes. In the same test, North Korea residents solved two easy puzzles on average. Reunification can begin by improving the factors that affect productivity.

It is clear what the country needs to do as we prepare for reunification. South Korea needs to do its best to improve the human capital of the North. Also, we need to help improve the health of the North’s residents, especially children and young adults. Moreover, it is important to make sure North Korean students attend school regularly and learn sufficiently. Establishing special economic zones and industrial complexes and hiring North Korean workers would be an effective way to improve skill levels and instill a capitalist work ethic. Furthermore, we need to urge North Korean policy makers and intellectuals to understand and accommodate an open economy and market economy environment. The reunification jackpot depends on how people are prepared not only in the South, but also in the North.