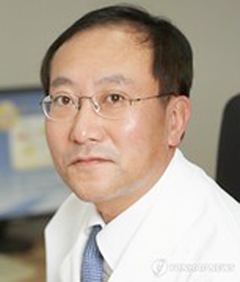 The Blue House has nominated Suh Chang-suk, a professor in the Department of Obstetrics and Gynecology at Seoul National University, as President Park Geun-hye’s new doctor, according to sources at the presidential office.

The replacement comes shortly after the recent resignation of her former doctor, Lee Byung-suk, who currently serves as the dean of the Yonsei University College of Medicine.

Suh’s appointment will be made official after a review by the Blue House.

Lee, 58, volunteered to step down after he was promoted last month as the dean of the university’s College of Medicine.

He was previously the director of Gangnam Severance Hospital, a general hospital directly linked to Yonsei University, a position he held at the time of his appointment as Park’s physician in May 2013, according to the hospital.

“Lee seems to have been burdened from having to juggle his new post as well as his role as the presidential doctor,” a Blue House official said.

He is one of four doctors Seoul National University recommended at the request of the Blue House to replace Lee. Female physicians were also considered.

Presidential doctors are guaranteed official treatment tantamount to that of deputy ministers but are not paid by the government. They retain their current jobs as doctors but make visits to the Blue House once every two weeks to check the president’s health.

When the president travels abroad, her doctor must accompany her on Air Force One and join her on vacations and trips to regions outside Seoul.

The physician is required to be prepared to arrive at the Blue House within 30 minutes under any circumstances, regardless of the fact that a team of Army surgeons and nurses reside on hand in the presidential office.