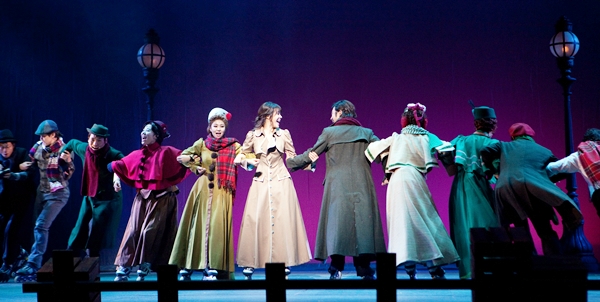 The Korean production of the musical “Rudolf” will be staged from next month for the second time. See THEATER, below. Provided by the organizer

Saturday and Sunday: Get ready to greet fall with a cool breeze and classical music. There are many things to look forward to in this concert. First, classical violinists Richard Yongjae O’Neill and Shin Zia will perform together, and secondly, Japanese New Age pianist Yuhki Kuramoto will meet Korean pianist Yiruma on stage. The magic continues the following night, but this time with vocalists. Experience a whole new world on the green grass as four singers perform classic Disney songs with the Ditto Orchestra.

This will be a more relaxed and open environment for kids to enjoy music and nature, making it a great event for the whole family.

Saturday: With a wide vocal range and clear emotional deliverance in her songs, Baek Ji-young has been releasing hits for 15 years.

During her 120-minute performance, Baek will share well-known melancholic ballads like “Don’t Forget” before performing upbeat hits like “My Ear’s Candy” and “Dash.” Don’t miss out on her powerful live show.

Sept. 22: To celebrate the 10th anniversary since her debut, soprano Shin Young-ok will give a performance on stage with the Prime Philharmonic Orchestra, which is made up of ordinary citizens with outstanding talent and passion. The concert program includes “Lascia Ch’io Pianga” from the opera “Rinaldo” and “Song to The Moon” from the opera “Rusalka.”

Saturday: Jeon In-kwon, a vocalist of legendary rock band Deulgukhwa, will perform for the first time as the Jeon In-kwon Band. Tracks from the group’s newest album and Deulgukhwa’s hit songs are expected to be performed at the concert.

AN EVENING WITH JOHN LEGEND: THE ALL OF ME TOUR

Sept. 28: For a third time, John Legend will hold a solo concert in Seoul. The nine-time Grammy Award-winning artist will perform in an intimate setting, highlighted by a guitar and vocal accompaniment, as well as a string quartet. Fans can expect to hear the singer perform “All of Me” from his fourth studio album “Love in The Future.”

Oct. 8: Pop diva Mariah Carey is coming to Korea to stage her second solo show. As the title of her concert is the name of her latest album, it seems she’ll be promoting songs from “Me, I am Mariah” during the performance. This is the star’s first visit here in 11 years, so fans are looking forward to hearing her soulful voice.

Oct. 23 and 24: Under the baton of Kristjan Jarvi, Absolute Ensemble will collaborate with charismatic violinist Sarah Chang to entertain classical music fans this coming fall. The Absolute Ensemble, which was established in 1993, has been active in the United States and in Europe, and has been making efforts to expand classical music. Although it’s a classical music ensemble, the team often mixes various genres such as jazz, rock, pop, world music and even hip-hop. 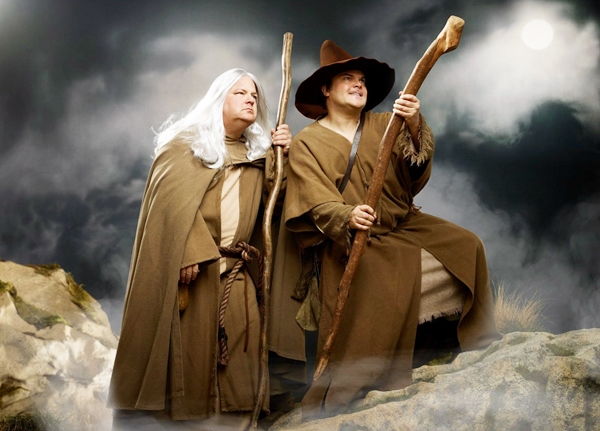 Dec. 5 and 6: Jack Black, the man famous for his movies “School of Rock,” “High Fidelity” and “Kung Fu Panda,” is coming to Seoul as part of his band Tenacious D, with guitarist Kyle Gass. Known as one of the biggest cult bands in the world, Tenacious D is stopping in Seoul for two days on its Asia tour. Private Curve, the organizer, said it’s been trying to invite the duo for the past five years and “finally managed to organize the concert as an Asian tour, having the Seoul concerts in the core.”

Sept. 27 to 28: The Universal Ballet Company is making this year’s performances even more special to celebrate its 30th anniversary. In commemoration of this, the company is performing “Ballet Chunhyang” once again. The first performance was held in 2007 in collaboration with the Goyang Cultural Foundation. The second, held in 2009, was praised for being both a commercial and artistic success. The show is bound to captivate the audience with elegant dancing by gisaeng, or geisha, along with powerful male performances. With enhanced directing, music, choreography and costumes, the ballet company will invite the audience to experience one of Korea’s traditional love tales.

To Sept. 28: “Chicago,” one of the most popular musicals in Korea, is being staged locally for the 10th time since its premier in 2000. For this run, the singer Ivy is once again taking the role of Roxie Hart, while veteran actress Choi Jung-won will play Velma Kelly.

To Nov. 2: If you thought musicals were all bright and cheery, think again. This upcoming musical directed by Gina Lee delves into a Dorian Gray-esque theme of trading the soul to the devil. Set in 20th-century New York, Wall Street broker John Faust makes a deal with Devil X for financial success.

But the richer Faust gets, the greedier he becomes, until his wife Gretchen senses that something is wrong. 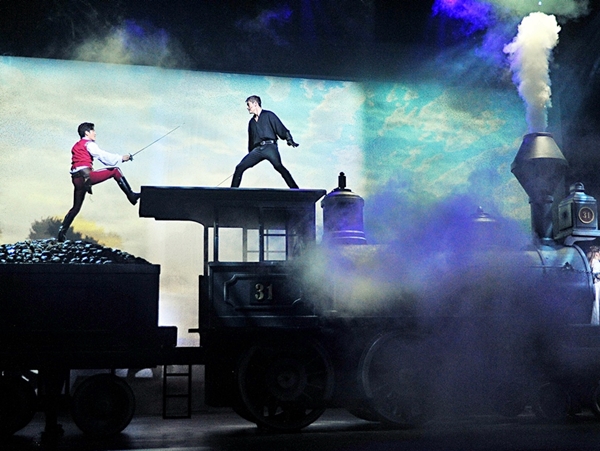 To Oct. 26: Before Superman and Batman came about to protect the weak from evil and save mankind, there was Zorro, who was a century ahead of them as a hero with two identities.

In the story, Diego, a runaway mine laborer, is saved by the gypsy Inez. Meanwhile, Ramon becomes the leader of a Californian town and starts to drive the townspeople into poverty under his tyranny.

In this moment of hardship, Inez suggests that Diego should become the long lost hero Zorro. Based on the hit songs by the flamenco-infused band the Gypsy Kings, the musical is a fun watch. K-pop idols such as Key from SHINee and Yang Yo-seob from Beast will play Zorro.

To Oct. 26: The Korean production of the steady selling musical “Thrill Me,” which premiered in 2007, is back with cast members Song Won-geun, Shin Seong-min and Lee Jae-gyun, along with new members. The story unfolds with an unprecedented murder case that has a gripping development and a shocking twist. This exhilarating musical will chill audiences this summer.

Oct. 11 to Jan. 4: The musical “Rudolf,” based on the Mayerling affair - the death of Crown Prince Rudolf of Austria and his lover Mary Vetsera - is being staged in Korea for the second time.

Oct. 3 to 5: More than 100,000 people visit Jara Island for the Jarasum festival every year to enjoy performances by well-known musicians under the starry sky. The lineup for this year includes legendary jazz band The Yellowjackets, trumpeter Arturo Sandoval, saxophonist Paquito D’Rivera and guitarist Dominic Miller, who is also the composer of “Shape Of My Heart” from the film “Leon.”

Oct. 18 to 19: The Grand Mint Festival (GMF) marks its eighth anniversary this year. Now with a bigger lineup and programs, the festival is sure to be a hot attraction during the cool fall days. The first lineup includes the melancholic band 10cm, iconic a cappella group Sweet Sorrow, adorable duo J Rabbit and many more. Aside from the music, the festival aims to convey the importance of nature preservation by holding flea markets.