Rihanna in spat with CBS after network pulls song

Rihanna in spat with CBS after network pulls song 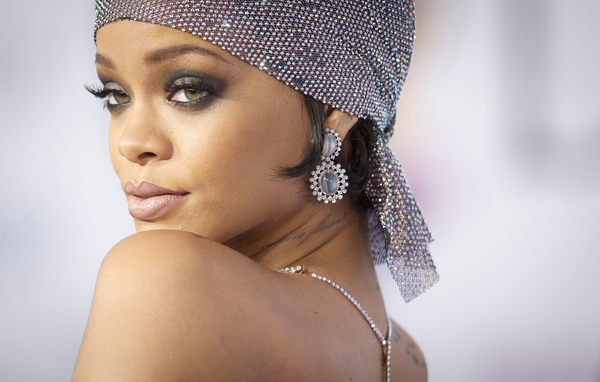 LOS ANGELES - R&B singer Rihanna’s record label on Tuesday said it has refused to license a song to CBS for its “Thursday Night Football” program after the TV network chose not to use the song in its season opener because it was focused on the NFL’s domestic violence scandal.

The Roc Nation label made its announcement after Rihanna, who was assaulted by singer and then-boyfriend Chris Brown on the eve of the 2009 Grammy Awards, railed against CBS on Twitter for scrapping her featured part in rapper Jay Z’s “Run This Town” along with other planned content.

“Roc Nation made the decision to not grant the song’s usage,” Jay Z’s Roc Nation label said in a statement.

The record label revoked the licensing before Tuesday because of how CBS handled the situation, a spokeswoman said.

CBS said earlier on Tuesday it will open the show with original theme music instead of Rihanna’s singing.

The CBS Corporation-owned network, which won the rights to broadcast NFL games in prime time on Thursdays this season, did not use the song as part of its planned opening segment last week in a game between the Baltimore Ravens and Pittsburgh Steelers. Instead, the network covered the indefinite suspension of former Ravens running back Ray Rice for domestic abuse and an essay on domestic violence among other content.

The United States’ most popular sport league and its commissioner, Roger Goodell, have come under intense public criticism for the way the Rice case was handled. Neither CBS nor Rihanna directly acknowledged that the singer’s past history as a victim of domestic violence played a role in the decision.

The dispute between Rihanna and CBS intensified when the 26-year-old Barbadian singer rebuked the network on Twitter.

“CBS you pulled my song last week, now you wanna slide it back in this Thursday,” the Grammy winner said, punctuating the tweet to her 37.2 million followers with an expletive. “Y’all are sad for penalizing me for this.”

CBS Sports Chairman Sean McManus said last week that the change in the broadcast reflected events. “We thought journalistically and from a tone standpoint, we needed to have the appropriate tone coverage,” he told Sports Illustrated. CBS pulled several pre-game items.