ABC buys rights to ‘My Love’

ABC buys rights to ‘My Love’ 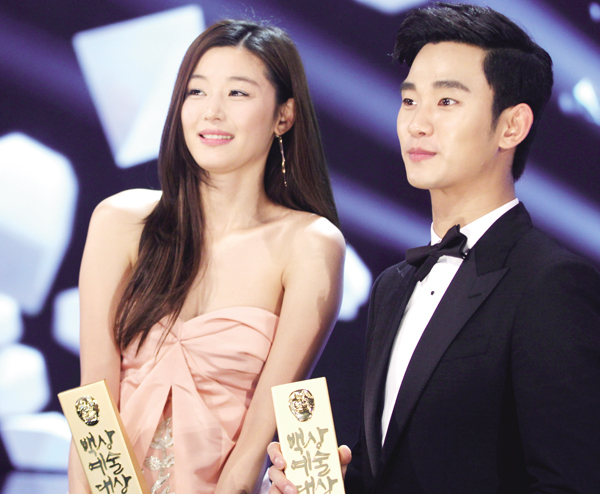 “My Love From the Star”

A U.S. version of “My Love From the Star” could be broadcast in the near future as ABC has bought the rights to remake the much-loved Korean drama.

“ABC has been preparing for a remake of this Korean hit,” Moon said, adding that she “very much appreciates that the Korean television drama could be reproduced into an American drama.”

Moon said she wants to maintain a “cautious stance over the issue until the season order early next year,” and she also stressed that she will work hard so that numerous seasons of the hit drama could be produced in America.

On Thursday, the Hollywood Star exclusively reported that ABC’s take on the drama is “described as an epic supernatural love story about a world-famous actress, Lark, and her anti-social neighbor, James, who happens to be from another planet.”

According to HB Entertainment, Sony Pictures Television, which produced hits like “Breaking Bad,” has been confirmed for the remake. Elizabeth Craft and Sarah Fain will reportedly pen ABC’s version and are said to be currently writing a screenplay for the pilot. Moon and Park Ji-eun, the drama’s original writer, will participate in part as executive producers.