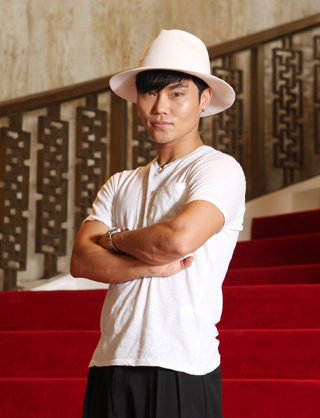 R&B singer Kim Bum-soo released his new digital single “Teardrop of My Heart” today after promoting the song yesterday with a short video.

The 40-second teaser was uploaded onto the official website and the YouTube channel of the singer’s agency, Polaris Entertainment.

“We initially planned to release a full-length album but unfortunately had to delay the schedule,” an insider from the agency was quoted by Ilgan Sports, an affiliate of the Korea JoongAng Daily, as saying. “Instead, we’ve decided to release a digital single for our fans.”

A look at the teaser yesterday shows a calligrapher writing the title of the album on what appears to be hanji, or traditional Korean paper.

A gayageum and a danso, both traditional Korean instruments, can also be heard in the background.

After the release of his single, Kim, 35, will hold a concert on Oct. 4 and 5 at Olympic Park in Songpa District, southeastern Seoul.

He currently appears as a judge on the singing audition program “Superstar K6.” The show airs every Friday at 11 p.m. on cable channel Mnet.