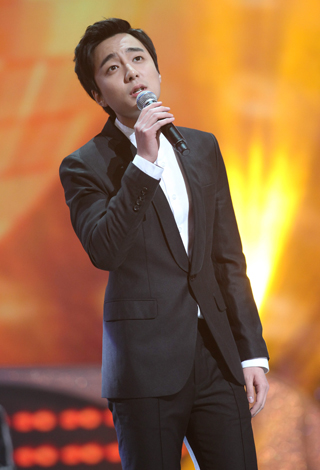 The new compilation “Home” comes nearly a year and a half since his previous release “Love Love Love.” The name of the title track will be the same as that of the album.

Kim, 21, is reportedly wrapping up the filming of a music video for his most recent record.

On Oct. 25, Kim will kick off his 2014 tour in Korea, making stops in Daegu, Daejeon, Busan and Changwon.

In the fourth season of “Superstar K,” which ran in 2012, Kim instantly won viewers’ hearts with his princely looks and charming, low-pitched voice.

It was revealed on the show that he comes from a wealthy family and is a student at Georgetown University in Washington D.C.

Some of his competitors from “Superstar K4” have already made their own musical debuts, including Yoo Seung-woo, 16; Jung Joon-young, 25; and the four-member rock band Dickpunks.

“Superstar K” is currently in its sixth season and airs every Friday at 11 p.m. on Mnet.