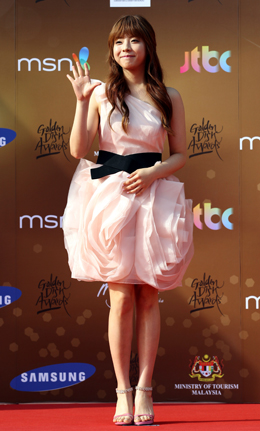 Female singer-songwriter Juniel, 21, released a new album Monday, after showcasing the title track “I Think I’m in Love” earlier Sunday on a stage that was set up along Cheonggye Stream in central Seoul.

The newest album, with the same name as the title track, is composed of three songs, including “Bug Off!” and “Please.”

All of the songs except “I Think I’m in Love” were reportedly composed and written by the musical prodigy.

Juniel is scheduled to launch official promotions for her latest release on Friday by staging a performance on the KBS music show “Music Bank,” which will air at 6:30 p.m.

Having debuted in 2012 with her first album “My First June,” the artist has often been considered “Little IU” in local media for her pure image and clear voice, which are both representative features of IU, who is 21 - the same age as Juniel.