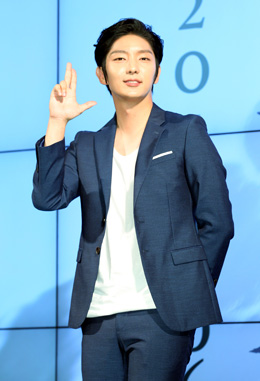 Actor Lee Joon-gi, who just finished the period drama “Gunman in Joseon,” will meet with his fans as part of the global event “Together.”

According to Lee’s agency Namoo Actors, the international fan meet will begin in Yokohama, Japan, and stop over in major cities, including Osaka and Nagoya, in Japan, and Guangzhou and Beijing, in China, over this year and the next.

“This is Lee’s yearly ritual; he titled this fan-meet event ‘Together’ because he always wishes to stay close to his fans,” a spokesperson for Lee’s agency said.

“Lee is looking forward to meeting his fans because he was highly praised for his acting this year. In order to entertain fans, he has been practicing hard singing and dancing.”

More detailed information for the fan meets will be uploaded onto the Namoo Actors’ social networking site accounts soon.