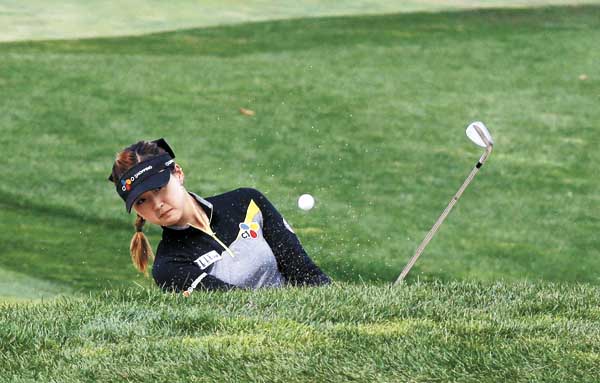 Baek, making the first LPGA start of her career, shot a final-round 67 to finish tied at 10-under 278 with Brittany Lincicome of the United States and compatriot Chun In-gee, then birdied first playoff hole on the Ocean Course at the Sky 72 Golf Club in Incheon to take the title.

In the playoff, Lincicome and Baek hit third shots to four feet from the pin on the par-5 18th. Lincicome missed her birdie putt, while Baek calmly made hers for the win. Chun’s hopes for the title were dashed when her approach shot went into the greenside water.

The 19-year-old Baek has three victories this year on the Korean tour. She became the fourth teenager to win on the LPGA Tour this season, joining Lexi Thompson, Lydia Ko and Kim Hyo-joo, who is considered Baek’s rival. 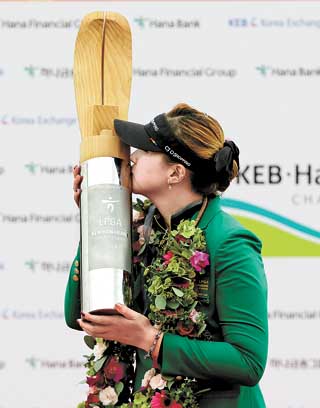 No. 2-ranked Inbee Park, who wedded with her golf coach Nam Ki-hyeop last week, shot a 67 to finish one stroke behind the leaders.
U.S. Women’s Open champion Michelle Wie finished two strokes back after a 67 that included three birdies and an eagle on the par-5 No. 5. Wie was playing in her first tournament since withdrawing
during the first round of the Evian Championship in September after reinjuring a stress fracture in her right hand.

Suzanne Pettersen of Norway, who was bidding for a third title here after winning the tournament in 2007 and 2012, shot a 71 to finish tied for 12th at 5-under 283. Defending champion Amy Yang of South Korea struggled with a 76 that left her tied for 46th place.
AP