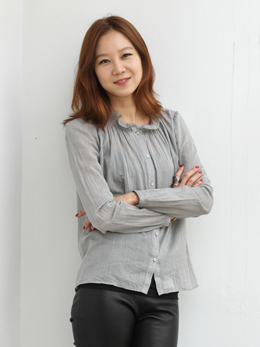 Actress Kong Hyo-jin has chosen a theatrical play as her next project after finishing the drama series “It’s Okay, That’s Love,” according to Soop Entertainment, the actress’s agency.

The 34-year-old actress, who has often been dubbed “the queen of romantic comedy,” will play the lead role in “Educating Rita.”

She will be paired up with veteran actor Jeon Mu-song.

Actress Kang Hye-jeong is also double-cast as Rita. Both Kong and Kang are close friends.

The play will hit the stage early December and will run for about two months.

It is an usual move for an actress like Kong to choose to act in a play as she has already proved her acting prowess with her down-to-earth portrayal of various characters, from a single mother with a HIV-positive daughter to an over-the-hill girl group member.