ZE:A will perform without its leader

ZE:A will perform without its leader 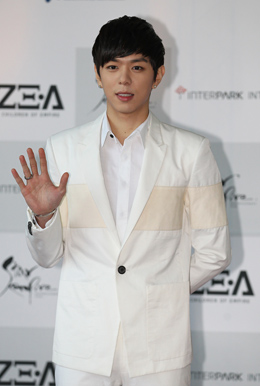 Nine-member K-pop boy group ZE:A, also known as Children of Empire, will temporarily perform without Moon Jun-young, the leader of the group.

Star Empire Entertainment, the boy group’s agency, issued a letter of apology yesterday to the band’s fans for causing trouble with Moon.

The entertainment company released the letter as an answer to a message Moon wrote on his Twitter account last month.

Moon’s tweet publicly blamed the head of the entertainment company for mistreating the group’s members.

“Kim Tae-heon [a member of ZE:A] got hurt while he was shooting a reality TV show, but we didn’t treat him properly right after and it enraged the members,” the entertainment company said through its letter.

“Moon thought he couldn’t communicate with the company and he resorted to Twitter and the public for the sake of his group members.”

The agency added that “the company established a new system by reflecting opinions of all the ZE:A members, and all the employees and executives of the company apologized for causing trouble.”

The company also said that Moon’s temporary departure is “giving him time to plan for his future career and performances.”