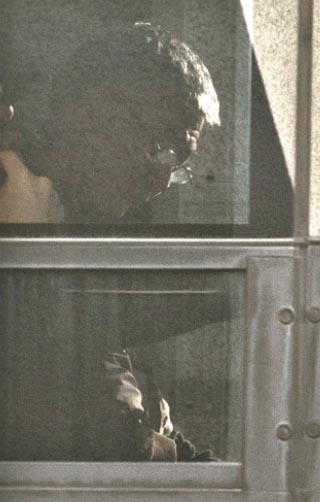 Gwangju prosecutors yesterday asked for the death penalty for Lee Jun-seok, captain of the doomed Sewol, holding him accountable for “causing a calamity” on April 16 that left over 300 people dead or missing.

Prosecutors asked for life imprisonment for three of the 14 Sewol crew members indicted for murder, involuntary manslaughter or negligence of duty. Along with Captain Lee, the three crew members are charged with murder for abandoning the sinking ship without issuing an evacuation order, leading to massive casualties.

The crew “failed to take necessary measures” during the tragedy despite the fact that the ferry was likely to capsize and they were aware that passengers were waiting for instructions, authorities said yesterday.

Prosecutors denounced the defendants for “abrogating their responsibility” and not having tried “even the slightest bit” to risk their own safety.

Korean courts still deliver death sentences, but an execution hasn’t been carried out since 1997.

The date of the verdict has yet to be announced, but local media predict it might fall on Nov. 11.

Meanwhile, Bae Eui-cheol, a lawyer representing relatives of the 10 Sewol victims still unaccounted for, said yesterday his clients have decided not to approve the salvaging of the sunken ferry yet during a press conference held in front of Jindo County Office.

The families want to “continue the current search operations,” Bae announced, adding that of the nine ballots cast by relatives in a vote, five disapproved of raising the ferry while four approved.

Bae said the families face difficulty deciding on the salvaging “due to a lack of information,” and called on the Ministry of Oceans and Fisheries to provide relevant data and a detailed description of the process to the families.

Bae said if authorities respond, “negotiations about salvaging the boat will continue,” then they will “listen to the various views voiced in society.”

Of the 304 passengers on the Sewol that sank off Jindo County, South Jeolla, six months ago, 294 bodies have been found and 10 victims are still missing.

Of the 10, five are 11th-grade students from Danwon High School, two are their teachers and three are other passengers. The last remains were found on July 18.

Local media reported yesterday that a team of civilian divers that goes by the name 88 Underwater Environment is planning to end its searches by the end of this month, citing a text message that on-site manager Park Kyung-ryul sent to colleagues Saturday evening.

“We’ve reached our final decision that it will be difficult for us to carry on with our Sewol rescue operations by the end of this month, due to various circumstances,” the text message reportedly read.

Park mentioned earlier to the local press that he will tell authorities about his plans, and that if they refuse to compromise, he will nonetheless push through after hosting a press conference in which all of his divers will take part.

As of Oct. 16, the joint diving team, which numbers up to 150 and includes the Coast Guard, military and civilians, has carried out over 2,800 search missions. Two civilian divers have died in the effort.

The hazards facing the divers reportedly grow worse every day as walls inside the wreck corrode and become more likely to collapse. A drop in water temperature, strong wind and waves have also presented difficulties for divers.

The government task force handling the recovery confirmed on Oct. 15 that three parts of the vessel have yet to be searched, citing worsening environmental conditions.