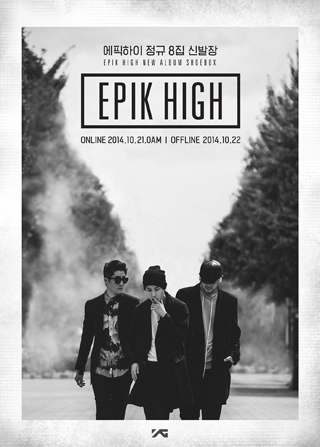 Half of the tracks from hip-hop trio Epik High’s eighth album have been deemed unsuitable for television, according to broadcasters KBS and MBC yesterday.

Of the total 12 tracks, the disputed six include Epik High’s version of “Eyes, Nose, Lips,” originally sung by Tae-yang of Big Bang, “Life is Good,” “Lesson 5” and “Born Hater.” The broadcasters said that the lewd language used in the songs meant that they couldn’t be aired on their channels.

The trio’s title track “Spoiler” and another song, “Happen Ending,” received the green light from both KBS and MBC, however.

In a similar scenario, Gaeko had some of his music banned from TV screens recently, too. Eleven songs out of 18 on the hip-hop musician’s album were recently banned by KBS.