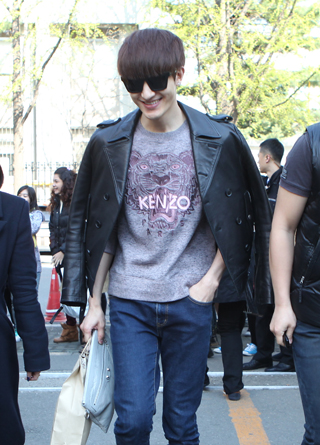 “Rewind” has eight tracks, all of which were released on both Korean and Chinese music websites yesterday.

Of the eight songs, the title track “Rewind” and another track, “Why,” are sung in both Korean and Chinese.

Chinese members of other SM groups also collaborated on Zhou Mi’s first solo album while Tao of Exo and Victoria of f(x) featured on two tracks.

Super Junior M is a subgroup of Super Junior. It consists of Sungmin, Eunhyuk, Donghae, Siwon, Ryewook, Kyuhyun, who are all regular members of Super Junior, with an additional two members, Henry and Zhou Mi.

The spin-off group was created to target the Chinese music market.
By Sung So-young