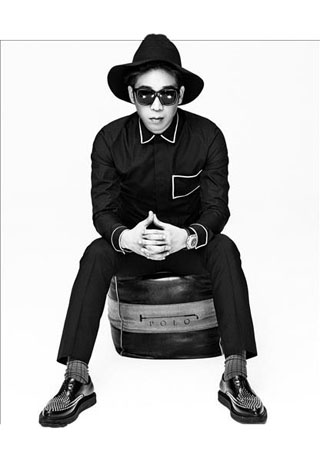 MC Mong’s title track “Did You Miss Me” From his sixth full-length album topped nine major music charts as of 8 a.m. yesterday after it was released.

The upbeat dance tune was written by the rapper and has lyrics that represent his five years of living in the shadows: “I’ve sneaked into the ground hole; I miss people; living the life is poison or punishment.”

The rapper has been absent from the music scene for five years after he was accused of attempting to dodge his mandatory military service by pulling out some of his teeth.

Although he was later cleared of the charges, he has kept a low profile since then.

Other tracks from MC Mong’s sixth album also made it into the top 10 of the nation’s other nine major music charts. According to music industry insiders, MC Mong is the first singer to achieve this feat of ranking all songs from one album in the top 10 of nine charts simultaneously.

The rapper’s track “Run Away” ranked first on Cyworld Music.

Before his debut, some criticized the 35-year-old singer’s new album for featuring famous singers such as Baek Ji-young and Hyolyn of Sistar in order to ensure a successful comeback. He also did this on previous albums, however, leading other music critics to point out that his style has not changed.

“You’ve finally come into the world,” wrote singer Kim Tae-woo on his Twitter account. “I know you’ve been working hard in music over the past five years.”