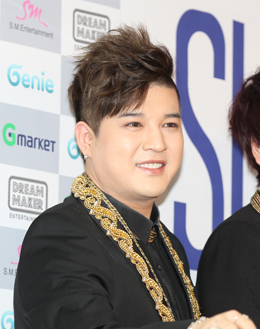 Shin-dong, a member of K-pop group Super Junior, will begin his military service on Nov. 25, according to SM Entertainment.

The 29-year-old singer will complete his five-week basic training at the base camp in Uijeongbu, Gyeonggi, according to reports, after which he will be relocated and serve 21 months.

SM said yesterday that Shin-dong wanted to take his time before joining the military. He will not participate in the “Super Junior Super Show 6” tour scheduled for later this year.

The artist is known for his bubbly, quirky personality.