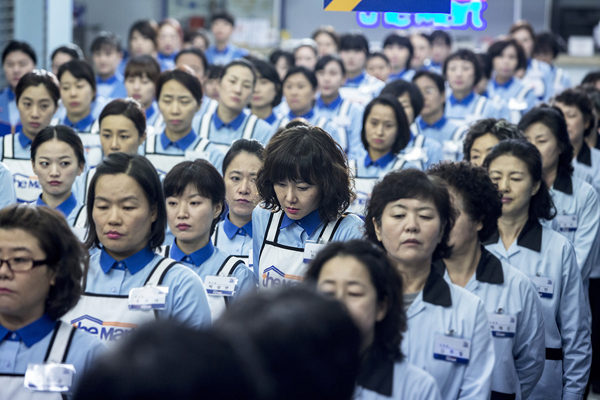 “It’s a story everybody needs to hear,” agreed cast members of the upcoming film “Cart” - including lead actresses Yum Jung-ah, Moon Jung-hee and Cheon Woo-hee - during a press conference on Oct. 22.

The movie, which opens in local theaters on Thursday, is about a handful of temporary workers at a large retailer who are fired without notice. It depicts the unfair treatment of these laborers and their arduous struggle to get back to work. 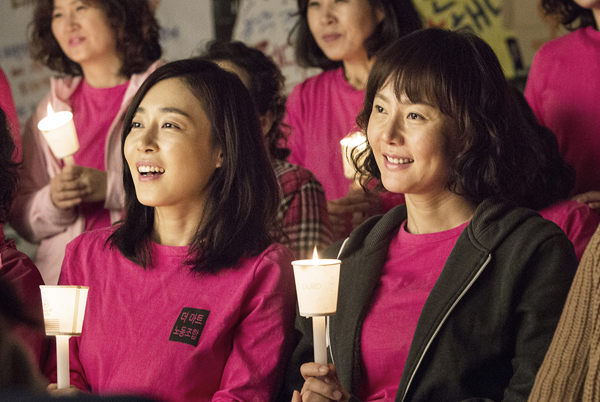 Temporary workers Hye-mi (Moon Jung-hee), left, and Sun-hee (Yum Jung-ah) are laid off without any prior notice from their company.

The unstable environment temporary staff are forced to endure has long been a serious issue in Korea, but no mainstream movie had ever been made about it.

So when Boo Ji-young received the script for “Cart” two years ago from Shim Jae-myung, head of well-known production company Myung Film, she didn’t want to make a politically-driven film but more of a commercial movie that focuses on the lives of ordinary women and their families and friendships. 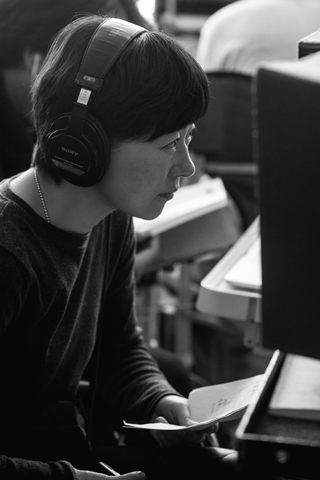 “It is a difficult subject matter, but there are stories about family, friendship and comradeship in the film as well,” said Boo during an interview with the Korea JoongAng Daily at a cafe in Samcheong-dong, central Seoul, on Oct. 30.

“Because the focus is on the narrative, I believe it will appeal to a wider audience.”

Q. How did you feel when you first read the script?

A. To tell you the truth, I didn’t have any resistance to the subject matter. Rather, I considered it a very interesting and courageous attempt.

Did you feel under pressure because the film tackles controversial issues?

I didn’t feel under pressure, but I definitely wanted to do this very well. Since I didn’t intend to make a political or social movie, I wanted to implement commercially interesting themes in it.

Why did you focus on female characters in the film?

Many people may have stereotypes about people fighting for their rights - such as that they are very aggressive, and that makes them remote from the lives we know.

But there’s not that much difference. They live their lives, just like we do. In order to convey more of that, I thought women would more effectively show the bonding and family-centric aspect of these people.

It is a long fight so it should get overwhelming at some point, but in the process of that I wanted to show that these people have joyful moments at some points.

In the movie, Yum Jung-ah plays her character in a rather restrained way without showing dramatic emotions. How did you direct her to act?

She is a very ordinary housewife, but a very faithful one. She doesn’t have any spare time to take care of other people and have an interest in social issues.

In order to express that, she needed to be a very timid person rather than assertive.

How was working with Do Kyung-soo from K-pop group Exo in his first acting role?

When I first worked with him, I was surprised that he had certain facial expressions I never expected. He had a lot of energy and a positive spirit, and also at the same time a dark side that has derived from the various experiences he has had so far in his life.

In order to get more out of him, I talked a lot about the script before shooting so that he was fully aware of the situation. He worked very hard.

What was the intention for Do’s character, Tae-young, who receives unfair treatment at the convenience store where he works as a part-timer?

It was a chance to reveal what the working environment is like for underage people who are not fairly compensated for their labor just because they are young.

Also, it was an opportunity to allow Tae-young to understand his hard-working mother instead of blaming her for not being there when he needed her.

I hope that many teenagers watch the film because they are the ones who these issues will relate to at some point in the future.

Why did you give the film an open ending?

It has an open ending, but it is a happy one for me. It sufficiently suggests that these people will continue fighting for their rights outside the film and I thought such an ending was right for the movie.