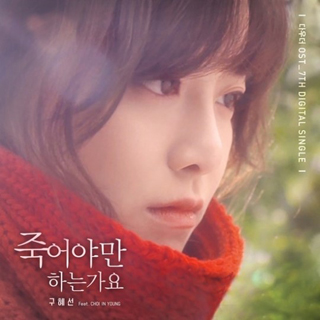 Versatile singer and actress Ku Hye-sun released her seventh digital single “Must” yesterday. The actress, who also directs and produces films, wrote the lyrics and composed the melody of the song when she was working on her recent film “Daughter,” a story about a mother and her offspring.

The movie, which was Ku’s third feature-length film, was released earlier this month.

Ku produced the film, wrote the screenplay and played the role of the daughter who stands up against her mother.

The film was invited to be screened at the Busan International Film Festival last month. While she was working on the film, Ku established her own production company.

Having started out in 2002 as a model on a TV commercial, Ku rose to stardom because of her pretty face but began to branch out in many fields, from acting to directing to singing. Ku is represented by YG Entertainment and trained in dancing and singing under the agency, so she also has these skills.