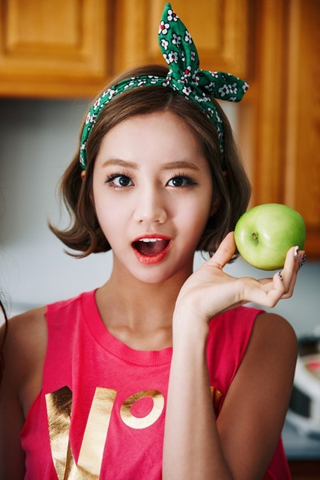 In the mystery drama centered on five high school girls who solve mysteries, Hyeri will play the role of Lee Ye-hee, who is obsessed with the way she looks.

Teen actress Jin Ji-hee of “High Kick Through the Roof” (2009) has also been cast for the series, but the other three actresses have not yet been chosen.

Having started out as a member of Girl’s Day in 2010, Hyeri was overshadowed by other members in her early career but began to stand out recently when she appeared in the reality TV show “Real Men.”

“Hyeri decided to join the drama series right after she finished reading the screenplay. Hyeri told us that she has many things in common with her character,” said an official of the new drama’s production team.