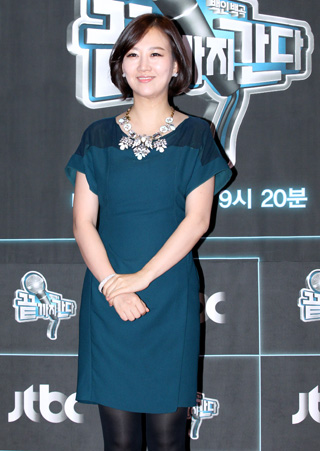 Singer Jang Yun-jeong has filed a lawsuit against her brother in March, asking him to return 320 million won ($296,000) he borrowed from her, according to reports yesterday.

After that, the Seoul Central District Court attempted to arbitrate the dispute between the sister and brother but failed to do so.

The first trial took place last month and the second will be held on Dec. 5.

The 34-year-old singer has also had other problems with her family.

In May last year, Jang appeared on a talk show before her wedding and said, “My parents are in the middle of a divorce and I found out that I have hundreds of thousands of won of debt.”

Jang has let her mother take care of all her finances for the past 10 years. Since the singer was focused on making money, she said she didn’t care about her savings. But as her parents were going through their divorce, she realized her mother and brother spent almost all of her earnings, which amounted to 1 billion won.

As Jang’s family issues made headlines, her mother and brother made appearances on cable TV shows and called Jang a liar.

Jang’s mother filed a lawsuit against Jang’s former entertainment agency for 700 million won, money that she claimed the agency’s CEO had borrowed from Jang.

Amid the family dispute, Jang got married to news anchor Do Kyung-wan last May and recently gave birth to a boy.