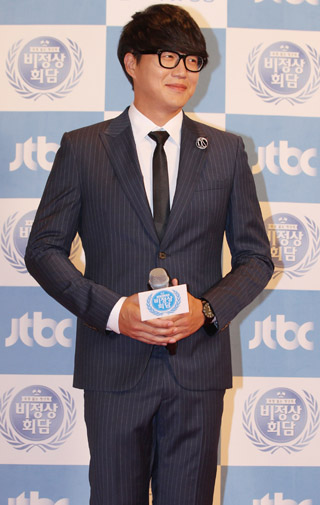 Balladeer Sung Si-kyung will release a new album early next month after being away from the music scene for three years, according to his agency Jellyfish Entertainment.

The label said in a press release yesterday that Sung’s “soon-to-be-released eighth studio album will be filled with songs that are suitable for the winter.”

More information about the album has not been released.

The 2001 title track from his first album “The Road to Me” became an instant hit when it was released and Sung and his mellow voice rose to stardom.

The 35-year-old became a regular host on the talk show “Witch Hunt” last year and was popular for his candid and eloquent way of discussing topics and engaging guests.

Sung is now a host on three shows: “Witch Hunt,” “Non-Summit” and “What Shall We Eat Today.”

Sung will hold year-end concerts from Dec. 5 and 7 at Jamsil Indoor Stadium, in Jamsil-dong, southeastern Seoul.