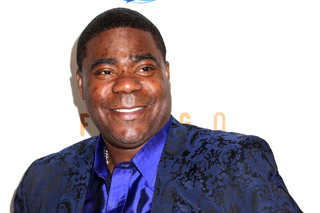 An attorney for comedian Tracy Morgan said on Tuesday he was struggling to return “to the way he was” after suffering a serious brain injury in a New Jersey highway crash, a newspaper reported.

Morgan’s limousine was struck by a Wal-Mart truck in June and the actor and former “Saturday Night Live” performer spent weeks in rehabilitation after the accident. The crash killed comedian James McNair.

“We are hoping and praying to get him back to the way he was,” Morelli said outside federal court in Trenton, New Jersey. “But the jury’s out.”

Morelli said Morgan had been using a wheelchair while undergoing therapy at home, the newspaper said.

Morgan and the surviving passengers are suing Wal-Mart over the accident. Attorneys for Morgan and Wal-Mart were in court to schedule dates in the civil case.

Morgan and other passengers allege that Wal-Mart knew or should have known its truck driver, Kevin Roper, had been awake for more than 24 hours before the crash, which meant under the law he should not have been on the road. Reuters