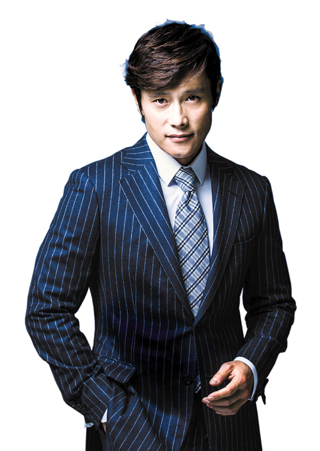 Actor Lee Byung-hun will show up for a Nov. 24 trial in the case against two women who allegedly blackmailed him for 5 billion won ($4.5 million).

In order to participate in the trial, Lee came back to Korea early Friday morning after a monthlong stay in the United States. The “G.I. Joe” actor was in Hollywood to discuss future projects there.

But his actress wife, Lee Min-jeong, who went to Los Angeles in October to spend some time with Lee, did not return.

According to close aides of Lee, the 44-year-old actor recently changed his mind about not showing up for the trial in order to clear up all the rumors surrounding him.

Lee was summoned by the Seoul Central District Court as a witness when the first trial took place in October, but he did not show up in court, citing his schedule in the United States.

The legal battle involving Lee began when model Lee Ji-yeon, 25, and Da-hee, 20, a member of the girl group GLAM, were accused of threatening to release a video clip of Lee in August in which he is allegedly drinking alcohol and using lewd language.

The 25-year-old model insists she was in a romantic relationship with the Korean Wave actor. She also said during the first trial that the actor said he wanted to buy her a house to “develop their relationship further.” The actor’s lawyer has denied these claims.