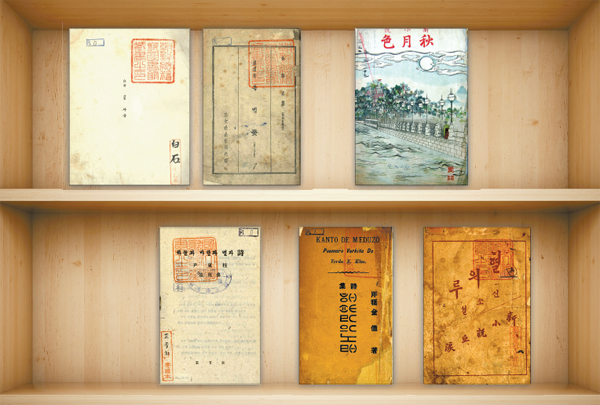 
Perhaps the pinnacle of the National Library of Korea’s “Special Exhibition of Korean Modern Literature” is a first edition of “Teardrops of Blood,” which is thought to be Korea’s first modern novel.

The 1906 literary fiction, set in Pyongyang, is about a girl named Ok-nyeon who is separated from her parents during the First Sino-Japanese War in 1894. She becomes injured but is rescued by a Japanese military surgeon and goes to study in Japan. A chain of events then leads her to the United States, where she dramatically reunites with her parents and gets engaged.

Considering the themes and values “Teardrops of Blood” deals with - foreign cultures, modern education, freedom to love and marriage - as well as the level of writing and the plot, the century-old work by Lee In-jik (1862-1916) is considered Korea’s first-ever modern novel by scholars.

Experts say the biggest difference between Korea’s modern literature and its traditional counterpart was that it was not deeply influenced by classical Chinese literature. 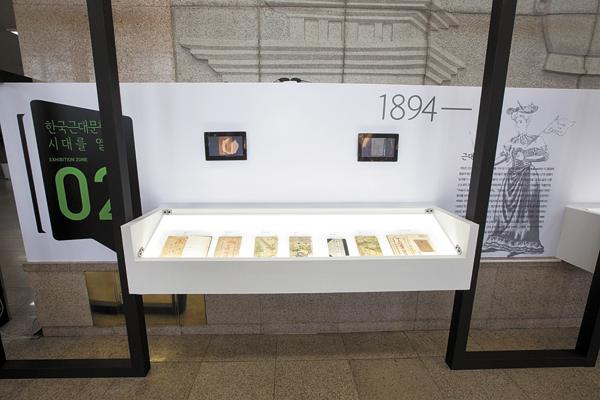 The National Library of Korea is exhibiting some early editions of Korean modern literature, including novels and literary magazines. Provided by the museum

At the exhibition, which started on Oct. 31 and runs through Dec. 7, 156 books and 28 magazines are on display, including “Teardrops of Blood.”

“Through the books and magazines, the exhibition offers a chance to examine how modern Korean literature traveled through the period of enlightenment; Japanese colonization; liberation; and division,” said Ji Seon-hye, an official at the library’s data management division.

On show are first editions of the poetry book “Deer” by Baek Seok (1912-95) and a posthumous collection of poem, “Sky, Wind, Stars and Poem,” by Yun Dong-ju (1917-45). This very collection made Yun one of Korea’s most beloved poets.

Some of Korea’s early literary magazines are also an interesting aspect of the collection. Korea’s first modern magazine, “Boy,” is where “From Sun to Boy” by Choi Nam-seon (1890-1957) was published. The poet was considered at the helm of a new style of poetry.

Gaebyeok magazine is where the very famous “Azalea” by Kim So-wol (1902-34) was published and is available to view. Gaebyeok means “the dawn of civilization.”

“Modern literature pieces are Korea’s cultural heritage that cannot be separated from the sociopolitical situation of the time,” the library said in a press release. “We hope visitors will reflect on the past, re-discover the present and dream about the future through the exhibition.”

The “Special Exhibition of Korean Modern Literature” runs on the first and second floor of the National Library of Korea in Seocho District, southern Seoul, to Dec. 7. The library is near Seocho Station (line 2), exit 6, Express Bus Terminal Station (line 3, 7, and 9), exit 5.