A day in the life of K-pop group Hotshot

A day in the life of K-pop group Hotshot 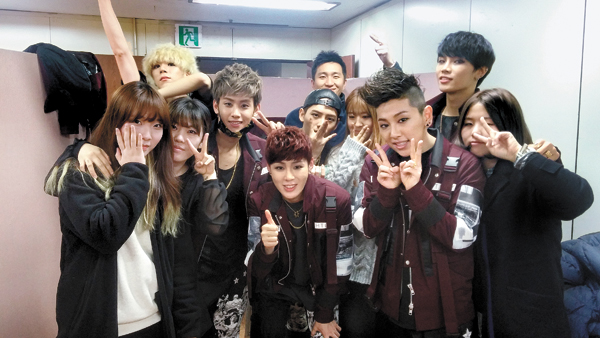 After the live show “Music Bank,” the six members of new boy group Hotshot and staff pose for a photo. The group had to wait 14 hours for a three-minute performance that day. By Jang Hyuk-jin

The sixth season of “Superstar K” just reached its end and the fourth “K-Pop Star” has just begun, while the third versions of “The Voice of Korea” and “Show Me the Money” wrapped up earlier this year.

TV talent shows are always in search of performers, but they never run out of hopeful singers.

According to industry insiders, about two million people flock to the aforementioned televised audition shows.

Every year, college music departments see hundreds and thousands of applicants vying for just 10 or so openings.

There is even a newly coined term - “idol gosi” - that describes the phenomenon. 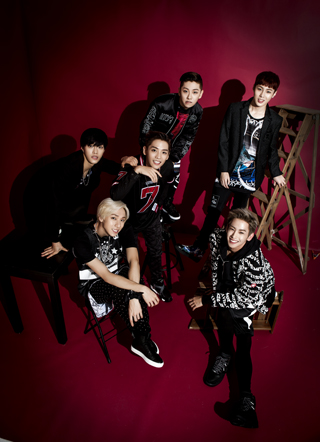 Gosi refers to the annual state examinations, which usually take years to pass. Idol gosi, therefore, is an expression describing how hard it is to become a singing idol in Korea.

In order to become a trainee at one of the nation’s three major entertainment agencies - SM, YG and JYP Entertainment - one has to compete with 1,000 people.

And once a spot is secured, a trainee has to go through years of honing their skills, from working on their vocals and choreography to taking foreign-language lessons.

No trainee knows when they will debut. The long and arduous process is just as difficult as getting accepted to college or becoming employed. 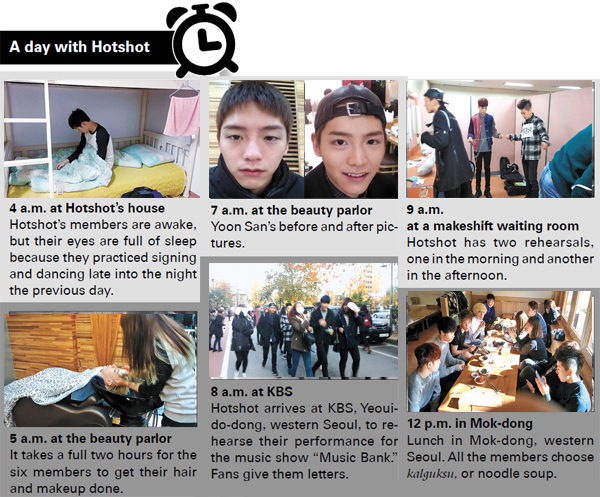 But countless people, mostly teenagers or people in their early 20s, still want to make it big, just like their favorite stars.

The JoongAng Ilbo recently spent a day with the boy band Hotshot, who released their debut single three weeks ago, and asked why they wanted to jump into the jungle-like show business industry.

Seoul had its first snow of the season in the early hours of the morning on Nov. 14. Hotshot’s six members were already awake, but they still had so much sleep in their eyes.

“Did it snow a lot outside? We shouldn’t be late for rehearsal,” said Junhyuk while munching on a dried persimmon his father sent him because the fruit is meant to be good for the throat.

Each member left the house with a dried persimmon in their hands.

The six members share a room in their communal home located in Jamsil, southeastern Seoul. They sleep in three bunk beds.

Rookie girl and boy groups often live together so that they can spend more time practicing for their next performance, which is typical in K-pop.

Getting makeup applied at a beauty parlor in Apgujeong-dong, southern Seoul, was the first official activity on the day’s schedule.

It took two full hours for the six members to get their hair and makeup done. 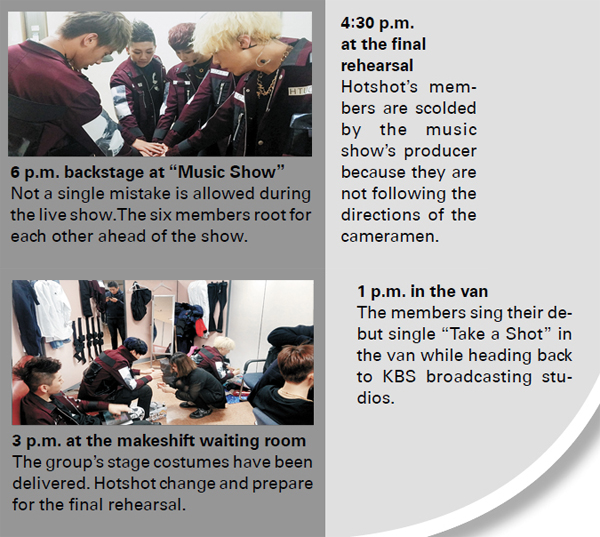 Their breakfast this time was samgak gimbap, a triangular rice wrap worth 1,000 won (89 cents) at any convenient store.

“Wake up, guys. You have another performance next week,” said Park Gil-sang, 30, the group’s manager.

Park used to work as a social worker, but he changed his career path recently.

“Are you sure? Then do we make a round?” asked one of the members.

Making a round is a slang term used in the entertainment industry. Since the three major TV networks and cable channels all have their own weekly music shows, one group can “make a round” when it appears on all the music shows in a week.

“Most boy groups debut when they are teenagers, but we are all in our 20s,” said Yoon.

“We think we are late compared to other groups, so we feel desperate to perform.”

Although all members of Hotshot are in their early 20s, many of them began training when they were as young as 13.

Timotheo began training at 13 under SM Entertainment, the home of musicians Super Junior, Exo and TVXQ. But he was eliminated in the final round of an in-house audition for Exo.

He wanted to give up on everything, but he decided to try his luck for the last time. It paid off. He was chosen as a member of Hotshot three years ago and has undergone training with the other members for the last three years.

Hotshot arrived at the studios of broadcasting channel KBS in Yeouido-dong, western Seoul, to rehearse their performance for the weekly music show “Music Bank.”

But their waiting room was different from the other musicians. It was just a temporary space set up in a corner backstage.

“Only A-list musicians use the room-type waiting room,” said Hojung.

“I hope we will get there sometime in the future.”

In this confined space, they changed into their outfits. Because they had to wait 14 hours for a three-minute performance, some of the members caught a wink of sleep in one corner of the makeshift waiting room by laying out a picnic mat.

At 6:40 p.m., Hotshot got onto the stage as the fourth act of the day. About 20 or so girls rooted for them in the audience.

Hotshot came home at around 10:30 p.m. after the “Music Bank” performance and briefly met with fans.

They ate deep-fried chicken and pizza and had a conversation about their dreams for the future.

“I was a good student because all I did was just study. If you are good at math and English, you walk the path that is already decided by society, but I wanted to try something else other than studying when I turned 19,” said Junhyuk.

“So I came to Seoul, all the way from Ulsan. I’m just beginning as a singer, but I want to make it big. One good thing about being young is you can challenge yourself with new things and achieve your dream.”

After chatting, they went into their room and their debut “Take a Shot” was playing. A few of them started to practice their dancing.

Although it was a long day and there is no boundary between their bedroom and the practice room, Hotshot didn’t seem to mind.

After all, it seemed like each member took a step closer to their dream that night.