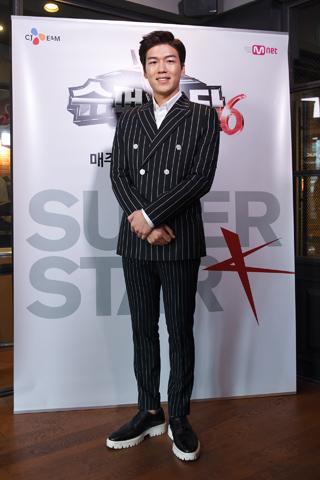 The 23-year-old indie singer-songwriter Kwak Jin-un has been chosen as the winner of the popular TV audition show “Super Star K 6.”

In the final competition that took place on Nov. 21, Kwak competed against his close friend, Kim Pil, another participant of the show.

A winner is chosen by viewers through text-message voting and by the scores of the program’s three judges.

Kim scored slightly higher than Kwak in the first round, but Kwak outnumbered his archrival in the second round when he earned near-perfect scores from the three judges.

Judge Yoon Jong-shin said, “It was my dream performance. It showed us that a person can create a [decent] performance with just a single guitar.”

Another judge, Lee Seung-chul, said, “Thank you for making us happy with your song.”

Unlike previous winners of “Super Star K” who could reach high notes, Kwak has a deep voice that differentiates him from previous contestants.

When Kwak was announced the winner, he simply said, “I really appreciate you. I will keep doing my best.”

His eyes were filled with tears.

Kwak has won the chance to release a debut studio album along with 500 million won ($450,000) in prize money. He will also be able to participate in the 2014 Mnet Asian Music Awards, which will be held in early December in Hong Kong.