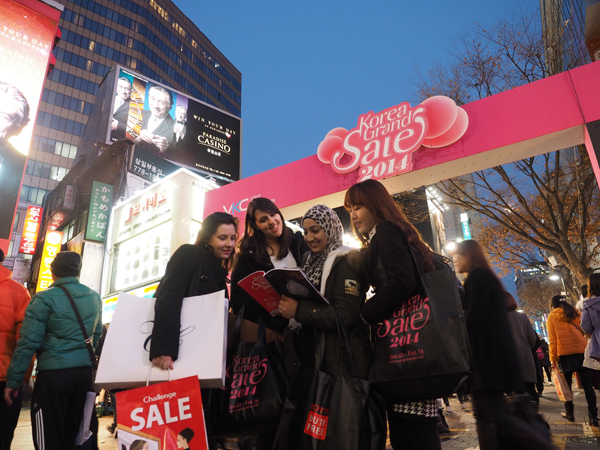 It may not be on the same scale as Black Friday in the United States, but the Korea Grand Sale has a lot of goodies and perks to offer those who shop at department stores, duty-free shops, large discount retailers and hotels in Seoul or other major cities across the country. 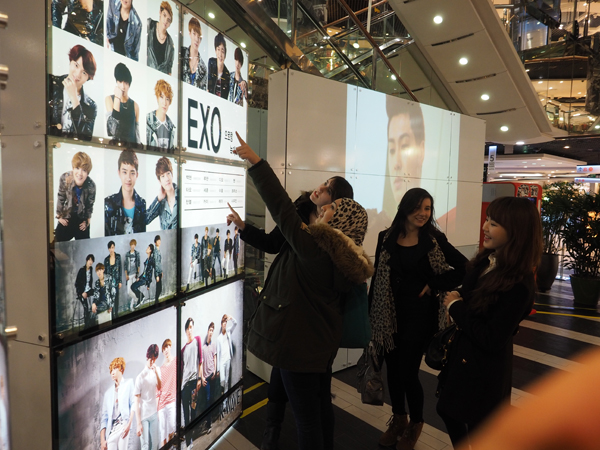 From Dec. 1 to Feb. 22, about 28,000 stores will be offering various discounts, lucky draws, treats and other rewards.

For instance, every Friday and Saturday in December, shoppers in Myeong-dong can take their receipts to an event booth and apply for a drawing in which various gifts, including gold key holders, will be handed out. 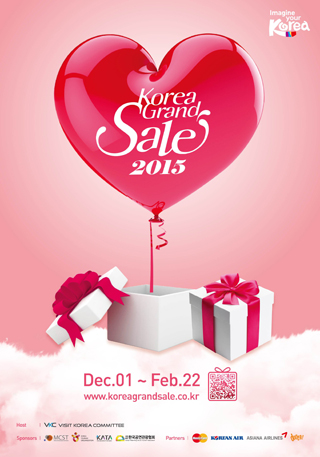 The biggest difference this year is that the event period has been extended. Since 2011, the Korea Grand Sale was held between January and February, but this year, organizers have moved the start date forward.

“The feeling of end of the year festivities is an added bonus this year,” said Han Kyung-ah, secretary general of Visit Korea Committee, the organizer of the Korea Grand Sale.

The Korea Grand Sale, sponsored by various entities including the Ministry of Culture, Sports and Tourism, is aimed at attracting overseas tourists to Korea during the off-peak travel season and boosting sluggish domestic spending.

Considering that even the stingiest people tend to open their purses in the holiday season, moving the event forward to December appears to be a smart move.

Organizers are hoping that international tourists who come here and shop will also go see Korean performances like the nonverbal show “Jump” and have a blast at popular Korean theme parks such as Everland.

Between Jan. 9 and 23, which organizers have dubbed the event’s “must see” period, people who shop at certain stores will be given discounts on tickets to various performances.

During the “must do” period, on the other hand, which is from Jan. 24 to Feb. 7, shoppers will be given special prices on entrance fees to entertainment facilities such as Everland in Yongin, Gyeonggi, Onemount Snowpark in Goyang, Gyeonggi, and Woongjin Playdoci Water Park in Bucheon, Gyeonggi.

Feb. 8 to 22 - which includes the Chinese New Year holiday - is designated as a “must buy” period, which means added discounts and special prices for shoppers at cosmetic chains and retailers such as Lotte, Shinsegae and Hyundai department stores.

“The Korea Grand Sale is more than just shopping discounts to foreign tourists,” Han of Visit Korea Committee said in a press release.

“We hope to make it into a festival for shopping and tourism that offers many things to see and things to enjoy.”