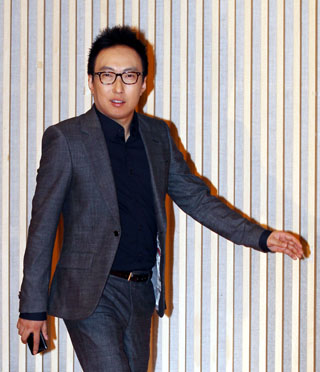 Comedian Park Myung-soo will enter the music scene once again with “Don’t Go,” which will be released on Dec. 1.

The 44-year-old funnyman has been releasing albums on and off while pursuing his career in comedy.

Through variety show “Infinite Challenge,” which he appears on as one of its regular members, the comedian also revealed his passion for music.

Park wrote and composed “Myung-soo’s Tteokbokki” for one episode of the show in which each team member pairs up with a musician for a music festival that takes place every summer.

The song about tteokbokki, Koreans’ all-time favorite snack, swept major music charts and TV music shows when it was released.

According to Park’s agency, “Don’t Go” is a collaboration project between Park and DJ Charles, one of the country’s most famous DJs. The upbeat electronic dance tune was written and composed by Park. Comedian Kim Shin-young is featured on the song as a female vocalist.