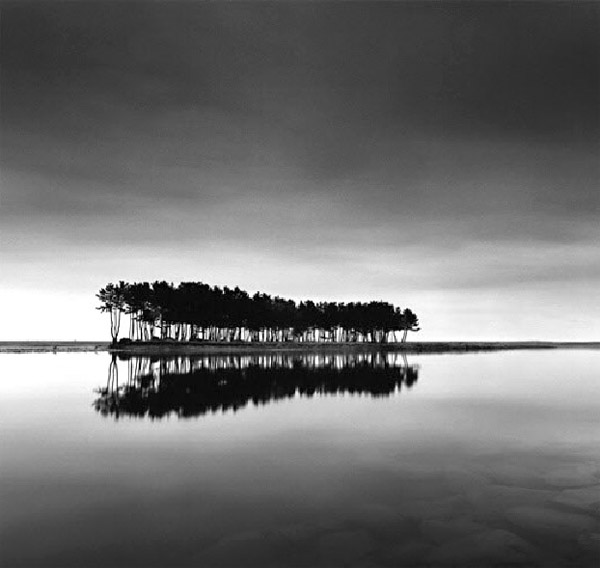 In the lawsuit first filed last year, the gallery claimed that Korean Air “willfully and unfairly” used Kenna’s reputation when it included an image in a 2011 TV commercial that was similar to the one taken by the photographer.

Kenna’s photograph is so famous that people now refer to the island as “Solseom” (an abbreviation of the photograph’s name in Korean) rather than its original name, “Seokseom.”

The Seoul High Court, backing the decision made by the Seoul Central District Court, decided that Korean Air did not infringe on Kenna’s copyright of the photo.

“When a photo taken is of a natural object, copyright can be considered limited because no matter who takes a photo, there is a high possibility that they will get similar results,” said the court in its ruling.

The ruling is largely the same as the one made by the district court in March after Kong Gallery filed a lawsuit for 300 million won (about $269,000) last July.

“This ruling shows that [the Korean legal system] is not yet mature in understanding the right attitude toward appreciating arts,” said Kong Geun-hye, director of Gallery Kong and the plaintiff in the lawsuit.

Law firm Shin & Kim, which represents Kong Gallery, said it will review the sentence thoroughly and will decide whether to appeal again.

“We worry that [artists] will consider giving up protecting their copyrights after this case,” said a lawyer who was on the case.

In the appeals court, the parties also argued over whether the issue had affected Kenna’s ability to make financial gain from the photograph, but the court decided Kenna didn’t experience any economic damage.

The airline said the case could actually benefit many photographers in understanding copyright laws.

“This has set an exemplary case that photographers can have more security in protecting their freedom of expression through pictures,” said the company’s communications team.

“And through this case, many will get to learn more about the perimeter of copyright protection on photos of natural objects.”