B.A.P speaks out in statement

B.A.P speaks out in statement 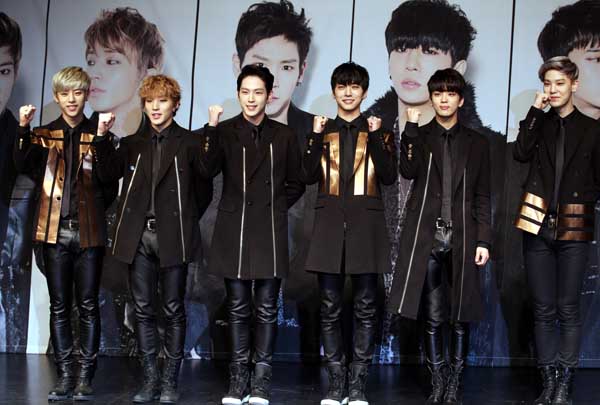 The K-pop group B.A.P issued a statement through their legal representative on Friday refuting the assertion by their agency that it had fairly distributed their incomes and had not mistreated them.

The conflict between the boy band and TS Entertainment surfaced in late November when the group’s members jointly sued the agency calling for the nullification of their contracts, which they consider disadvantageous.

In their statement on Friday, B.A.P said, “We debuted in 2012, dreaming of becoming the best K-pop boy band, and did 260 shows that year. In 2013, we did 140 shows and 110 this year. We meticulously followed the direction of our entertainment agency. Notably, we also performed 33 times overseas this year.”

According to B.A.P, the agency forced one of the group’s six members, Daehyun, who was hospitalized more than a month ago, to appear on television shows and on stage.

“One of the boys was hospitalized last October due to extreme exhaustion, but TS Entertainment said it would claim damages from him. The hospital staff tried to stop him from being discharged, but he left and performed anyway,” the statement read.

To verify their claim, the group attached screen captures of Daehyun performing with bandages on his wrist.

The boys’ accusations shocked their fans in late November, when the suit became public. B.A.P claimed that they earned more than 10 billion won ($9.11 million) for the agency in the three years since their debut but that each member received just 18 million won.

TS Entertainment responded to the allegation by saying that the band had broke even earlier this year and that the agency had spent 1.5 billion won to promote their albums so far. B.A.P said in their statement Friday that they had requested TS Entertainment to disclose the details of those promotions. So far, however, the agency has not addressed the matter.

“The money isn’t what matters; rather, it’s a matter of trust,” B.A.P said in their release.