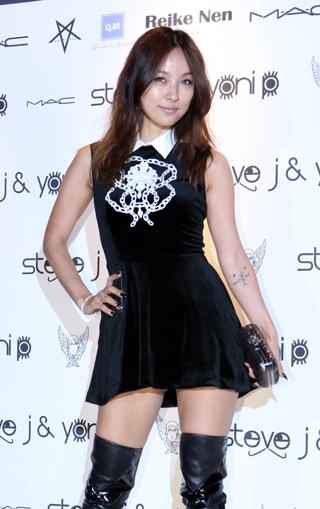 The organization said Lee was selected because “she addressed difficult issues like domestic violence and prevalent lookism in society with plain and easy language when she was hosting the talk show ‘Magic Eye.’

“She approached the topics in a candid yet sophisticated way and made viewers relate to the issues,” the group added.

Established in 1998, Women’s Link gives awards to TV shows and celebrities that have a positive influence on the public.

Along with Lee, the drama series “It’s Okay, That’s Love,” about a man who is suffering from schizophrenia, was chosen by Women’s Link as the drama series of the year for its detailed portrayal of the mental disorder and the effect it has on human relationships.

The award ceremony was held on Thursday at the Broadcasting Center in Mokdong, western Seoul.