2AM’s Lee to be vocal

2AM’s Lee to be vocal 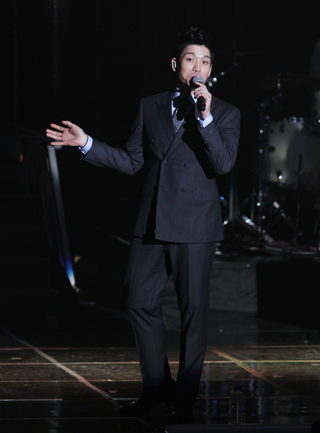 Lee Chang-min, of four-member K-pop boy band 2AM, has one more thing to add to his resume other than singer and musical actor.

According to Sohae College, located in Gunsan, North Jeolla, the 28-year-old singer was employed as a part-time professor of the practical music department.

The college said on Friday in a press release, “We think highly of his vocals and he is also responsible. We expect him to talk about success to our students.”

He will begin his teaching job next year.

Lee is one of the most competent vocalists in the music scene. Even before his debut, he worked as a vocal trainer for a long time.

Having started out in 2008 as a vocalist in the K-pop quartet, Lee has been performing as part of 2AM and as a member of male duo Homme.

Apart from his singing career, Lee has also appeared on reality TV shows such as “Law of the Jungle” and “God of Eating’s Road.”

He has been involved in musicals such as “La Cage aux Folles” and “The Three Musketeers.”

Lee is busy these days as he is scheduled to hold two-day concerts at Sejong University on Dec. 23 and 24 as part of Homme. The shows will be the first to be performed by the K-pop male duo.