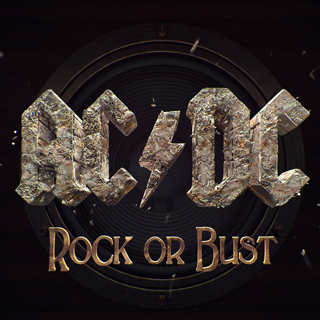 In 1980, AC/DC’s very existence was at stake: singer Bon Scott died just as the band was starting to get big. They used the uncertainty and grief to dig down deep, and the result was one of the greatest albums in rock history, “Back In Black.’’

In 2014, AC/DC is once again in turmoil: founding rhythm guitarist Malcolm Young had to leave the band due to dementia, and drummer Phil Rudd recently saw charges that he hired a hit man to kill someone dropped, but still faces serious legal matters. And once again, the band has come up big, with “Rock or Bust.’’

The album is based on lead guitarist Angus Young’s butt-shaking, foot-stomping guitar riffs, elegant in their simplicity and their ability to burn themselves into your brain. The title track, and the first single, “Play Ball,’’ are perfect examples of this.

But the happiest surprise here is the re-emergence of Brian Johnson’s voice. Whether it has re-energized during the time off since the band’s tour wrapped in 2010, or is just miked and processed better, it sounds strong and vibrant again - an essential element of the classic AC/DC sound. AP