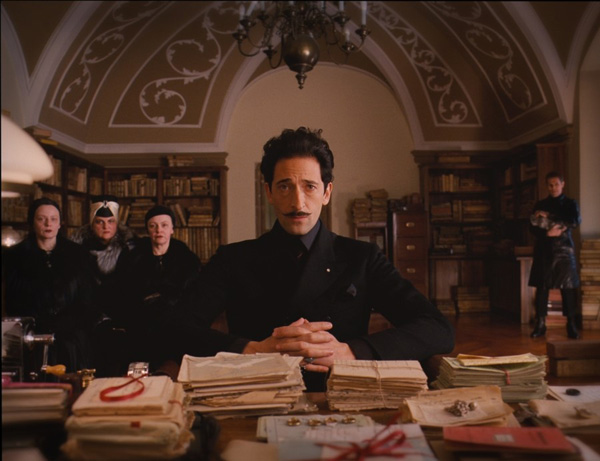 LOS ANGELES - “Birdman,’’ “Boyhood’’ and a host of now-regulars on the awards circuit were among the top films listed in the 20th Critics’ Choice Movie Awards nominations Monday, but it was Wes Anderson’s darkly whimsical “The Grand Budapest Hotel’’ that surprised with 11 nominations.

In addition to nods for the film, the direction, the script and the cinematography, star Ralph Fiennes was also recognized in two acting categories: best actor and best actor in a comedy.

Though beloved by critics and a box office success, “The Grand Budapest Hotel’’ was seen as a dark horse in the awards race due in part to its March release date. But after earning four Golden Globe nominations last week, the quirky film could be rising in awards stature as Hollywood awaits the start of Oscar nominations voting.

“Birdman’’ scored the most nominations, though, with 13 in categories such as best picture and best director. Lead Michael Keaton and co-stars Emma Stone and Edward Norton all scored acting nods as well.

The dark showbiz comedy also recently earned the most nominations for the Screen Actors Guild Awards and the Golden Globe Awards.