IU tops poll for singer of the year

IU tops poll for singer of the year 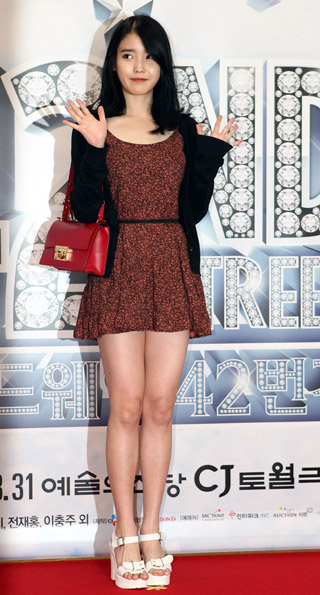 Soloist IU was chosen as singer of the year in a survey conducted by Gallup Korea.

The research company said on Thursday that it surveyed 2,774 people in October and November aged over 14 across the nation, except on Jeju Island.

The 21-year-old singer and composer earned 12.9 percent of the votes.

IU released the cover album “A Flower Bookmark” earlier this year in which she interpreted hits of the 1970s and 1980s in her own style. Although she did not promote the album, most of the songs ranked high on major music portals.

It was the only work the singer-songwriter released this year, but her placid and resonant voice has been featured on many other comeback albums from musicians such as Ulala Session and Seo Tai-ji.

Girls’ Generation, which released its mini-album “Mr. Mr.” in February, came second. The nine-member girl group topped the Gallup Korea survey from 2009 and 2011 but slipped to fifth place last year.

Lee Seung-chul, Cho Yong-pil and Jang Yoon-jung also made the top 10. The three sing music from genres unrelated to K-pop.

Gallup Korea has been conducting similar surveys every year since 2005 to choose the top celebrities in various categories, from sports to music to film.