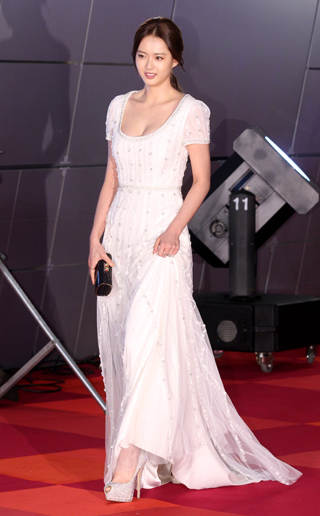 Actress Go Ara was cast as the fictional love interest of actor Yoo Seung-ho on Sunday for the new period film “Magician in Joseon.”

Go will play the role of a princess from the Joseon Dynasty (1392-1910) who is forced to marry a prince from the Qing Dynasty.

On her way to the Qing Dynasty, the princess happens to meet a magician working for a circus troupe and they eventually fall in love.

Yoo will play the magician.

The role will be the actor’s first in a film after completing his mandatory military service.

He was recently discharged from the military and is having fan meet events in and outside the country.

Both Go and Yoo began their careers as child actors.

Go appeared in hit TV drama series “Reply 1994” last year while Yoo acted in “Missing You” and “Arang and Magistrate” in 2012 before his enlistment.