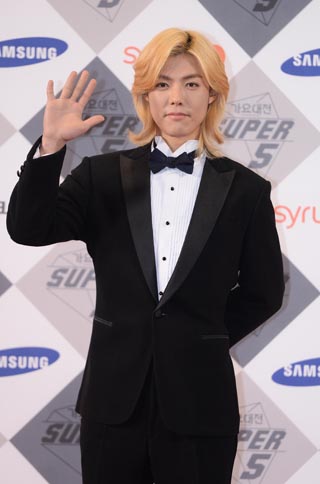 The singer once released a solo song as part of his boy group M.I.B., which stands for Most Incredible Busters, but this will be the first time Kang Nam has released a single under his own name.

According to his agency, Jungle Entertainment, Kang Nam’s solo single is called “What Should I Do” and is about a heart-wrenching breakup.

The 27-year-old vocalist is one of the most recognized up-and-coming singers in a boy group. He frequents many talk shows and variety TV shows, such as “I Live Alone” and “Soksajeong Salon.”

Kang Nam was born to a Korean mother and a Japanese father. Although he doesn’t speak Korean very well, his candid and straightforward personality is appealing to many viewers.

“Since Kang Nam has been performing as a lead vocalist for a rock group back in Japan for so long, it will be a good opportunity for his fans to fully appreciate his vocals,” his agency said.