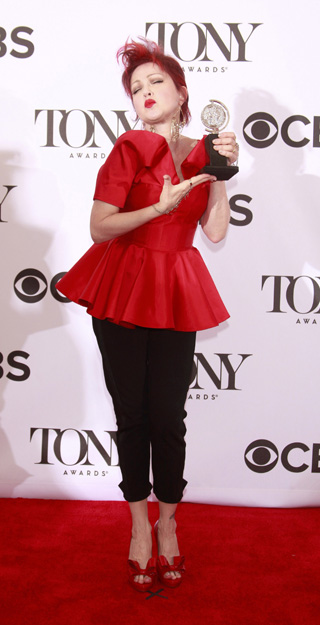 “We’ve canceled the concert after consultation with the artist,” the organizer said on Sunday.

People who already purchased concert tickets will be able to get full refunds from the organizer.

The 61-year-old singer was scheduled to have two days of concerts on Jan. 23 and 24 at Olympic Hall in Bangyi-dong, southeastern Seoul. Industry insiders assume the reason behind the cancellation of the concert was lower-than-expected ticket sales.

The singer-songwriter received the Tony Award for Best Original Score last year for “Kinky Boots,” becoming the first woman to achieve the feat.

Lauder debuted on the music scene in the United States in 1983 and has been working as a singer, songwriter, actress and LGBT activist.

She has been on a world tour since last year and has given concerts in Australia, Japan and the United States, marking the 30th anniversary of her debut.