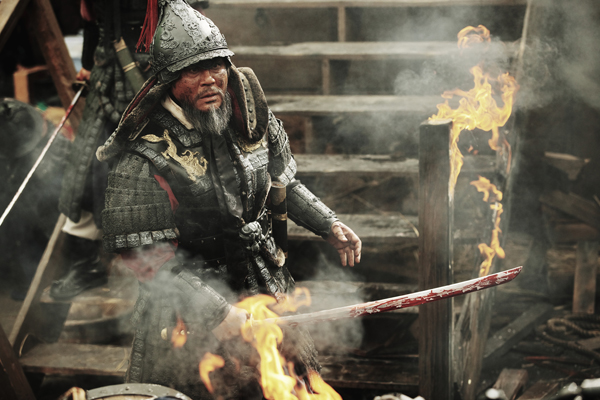 Hit movie “The Admiral: Roaring Currents,” which broke several box-office records in Korea, has ranked as the sixth most popular movie among Korean films released in China in the last three years.

The movie is about the remarkable naval victory of Korea’s most famous soldier, Joseon Dynasty Admiral Yi Sun-sin (1545-1598), against an invading Japanese fleet. Veteran actor Choi Min-sik plays the legendary admiral who defeated the Japanese with just 12 ships.

It was the only wholly Korean movie on the list.

“Mr. Go,” which was the highest-grossing movie in the box office among Korean films released in China, was a co-production between Seoul and Beijing. “Snowpiercer,” largely considered a Hollywood film, was in second place.

And even though “Late Autumn” was popular, ranking third, media in China said this was because it stars famous Chinese actress Tang Wei.

Fifteen Korean films have been released in China over the last three years, Chinese media said.