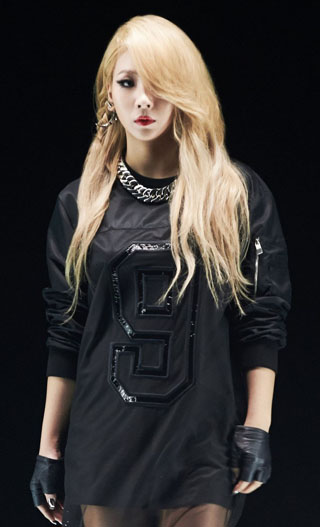 U.S. rapper will.i.am, a member of The Black Eyed Peas, sent a tweet to 2NE1’s CL on Saturday suggesting that they should work together.

“We need to collaborate with you on the new @bep release,” he tweeted.

The new release will be The Black Eyed Peas’ 20th-anniversary celebration album.

will.i.am performed with CL at the 2011 Mnet Asian Music Awards.

CL will debut in the United States sometime this year. MTV Iggy recently ran an online article titled “5 Things to Know about CL before 2015” and highly praised her musical talent.

Because the singer spent her early childhood overseas, she is proficient in foreign languages including English and French.