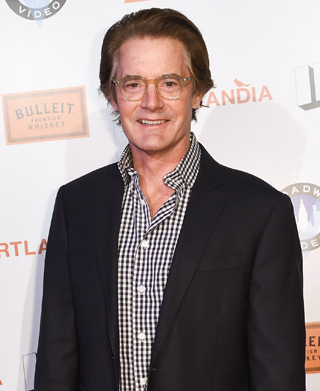 PASADENA, California - When “Twin Peaks’’ returns to TV, FBI agent Dale Cooper will be along for the ride.

Kyle MacLachlan is reprising the role in Showtime’s sequel to the 1990-91 ABC drama, the cable channel said Monday.

Showtime President David Nevins employed a cameo appearance by MacLachlan to make the announcement to a Television Critics Association meeting.

As Nevins spoke to reporters in a hotel ballroom, the actor walked up to him with a cup in hand.

“I think you need a damn good cup of coffee,’’ a smiling MacLachlan said, reviving a catchphrase of his character.

“Twin Peaks,’’ which eerily posed the question, “Who killed Laura Palmer?’’ was set in an offbeat Northwestern town. It had a small but devoted following, and some critics have called it ahead of its time and the subsequent era of daring shows.

“I’m very excited to return to the strange and wonderful world of ‘Twin Peaks,’’’ MacLachlan said, adding impishly: “May the forest be with you.’’

Showtime has said the limited-run series, set in the present day, is going into production this year and will air in 2016.