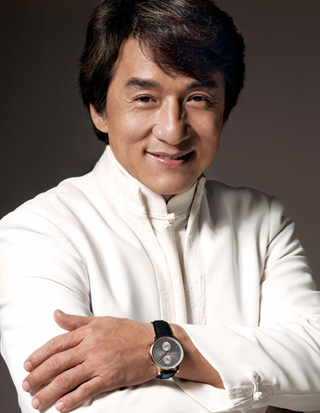 The 2015 Golden Disc Awards, which are now in their 29th year, are set to captivate K-pop fans at home and abroad Wednesday and Thursday in Beijing.

According to the organizer of Korea’s longest-running music awards, about 500 people involved in the event, including 28 K-pop bands, have already left for the Chinese city.

In order to organize the annual awards successfully in China, everything from hosts to presenters was carefully selected.

Of the many hosts who will preside over the two-day awards, singer Kim Jong-kook was selected for his immense popularity in China.

The singer, who is one of the regular hosts of the popular “Running Man” show in Korea, has a wide fan base in China because of the reality TV program, which is also televised there.

Actor-director Jackie Chan (pictured) will be a guest presenter.

“We spent a lot of time trying to get in touch with Chan so that he would be one of the presenters because he is one of the most respected figures in entertainment in China and has many longtime fans in Korea, too,” said the organizer in a press release Tuesday.

“As he has a lot of interest in K-pop, it wasn’t that hard to cast him.”

The first day of the awards on Wednesday will honor the act chosen as the best singer who released a digital single in the last year.

On the second day, the top honor is given to the best singer of the year who released an album.

Taeyang and Beast are competing against each other in the digital single category.

For the album category, Exo and Super Junior, who both belong to SM Entertainment, are likely to lock horns.

Since 2012, the annual awards have taken place overseas.

Japan hosted the awards in 2012 while Malaysia took on the honor last year.

There is a reason why China was selected as the host this year, the organizer said.

“The next market for K-pop is China, we think,” the press release said.

“China, which is home to 1.4 billion of the world’s population, will substitute Japan, once the biggest consumer of K-pop,” it added.

In Korea, the awards show will air on JTBC.