2015 shapes up as year of mobile media growth

2015 shapes up as year of mobile media growth 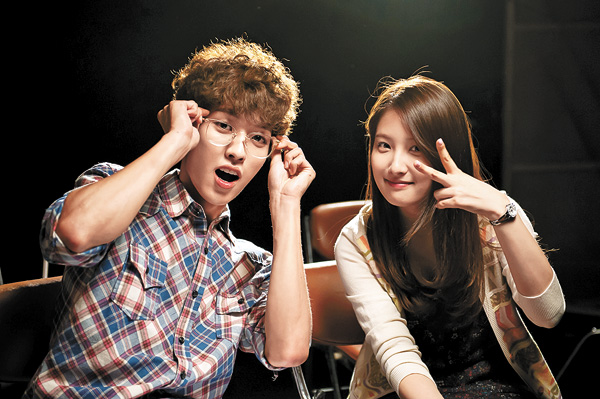 Last year, the media industry became more digitalized with viewers opting for mobile devices like smartphones and tablet PCs to watch favorite TV shows. And it looks like this trend will continue in 2015. After speaking with industry insiders, the JoongAng Ilbo looked at seven major media trends.

In the past, most consumers watched media content via TVs and PCs, but those are being replaced by mobile devices. That has forced content developers to create shows and entertainment suitable for mobile devices.

More content developers are expected to start making mobile-only content this year. This will eventually bring the industry to the Mobile 3.0 generation, which includes fintech companies that provide financial services with an emphasis on technology, wearable devices and the Internet of Things (IoT).

“One significant point of the Mobile 3.0 era is that our society will use more software,” said Professor Lee Jae-hyun, who works in the IT department at Seoul National University. “It means more Internet search tools, social networks, news content and e-commerce activities will be operated by software installed in mobile devices.”

“The population using mobile message services [such as Kakao Talk] is predicted to beat out SNS [social networking services] this year, meaning it will advance as a platform for a new mobile lifestyle, like ordering food or goods and wiring money,” said Kang Jeong-soo, an executive at Hubnet, a mobile software company.

A woman known by her ID, Yangtting, is an Internet content creator whose videos about cooking, entertainment and beauty issues have recorded more than 300 million views on YouTube. Industry insiders said businesses called multi-channel networks that support individual media content creators like Yangtting will grow this year. The country’s media business dinosaur CJ E&M and Internet media Afreeca are both involved in the business. CJ E&M, in particular, is fostering and managing about 200 individual creators in Korea and abroad in mobile games, beauty, entertainment and other sectors.

More investment and the aggressive pursuit of mergers and acquisitions by Chinese and Korean media companies are predicted this year while an increasing number of production employees, including producers, are expected to move to China. “It is unclear now whether we opened the gate to the Chinese market, because it looks like they are absorbing us,” said Kim Moon-yun, head of the Disney channel in Korea.

As the consumption pattern for TV content changes from channel to program to a single clip, it will be meaningless for viewers to remember who made and aired their favorite programs. For young viewers like teenagers, for instance, 9 p.m. prime time means nothing. Rather, they remember the live show schedule for Yangtting on the Internet. Under such circumstances, television programs will no longer be able to make people hurry home to see an episode of a popular drama as they did in the past.

In 2013, 4 percent of Korean households had no TV, a number that has consistently increased, according to industry data. In households whose head is younger than 25 years old, 38 percent do not subscribe to paid services like cable TV, according to the Korea Information Society Development Institute. More than 50 percent of news, SNS and game content was consumed last year using mobile devices.

Product placement in TV programs has been favored by many companies. But since there are many regulations that restrict exposure of products made by particular companies, more branded content will be produced on Web dramas, which cost less and are favored by young viewers. One example is the Vans’ documentary series “Living Off the Wall.”